The Food and Drug Administration (FDA) has approved the first auto-injecting version of Naloxone as part of the government’s efforts to control the epidemic of opiate addiction and overdoses from narcotic drugs, which include prescription medications such as morphine, oxycontin, and hydrocodone, as well as illegal drugs like heroin.

Naloxone reverses the effects of opioids, which bind to receptors on the brain and trigger narcotic effects on the body, including slowing breathing and lowering blood pressure. Opiate overdoses can lead to death when these functions become too compromised, so quickly giving Naloxone to someone who has taken an excessive dose of opiates can save that person’s life.

But Naloxone is currently only available by prescription and as an injection, two factors that have limited its use primarily to emergency rooms and among emergency first responders in certain states that allow them to carry Naloxone. (An nasal spray version is available, but not approved by the FDA and requires users to purchase separate atomizers.) In addition, broader social and ethical concerns about how its availability might promote opiate use and abuse have kept it from being distributed more widely. While the Obama administration called on states to loosen restrictions on Naloxone access, some governors, including Paul LePage of Maine, oppose making the drug more widely available, citing concerns that it would promote more illicit drug use.

But with a quadrupling in the number of prescriptions written for painkillers between 1999 and 2010, deaths related to opiates have also skyrocketed. In 2008, 14,800 overdose deaths were tied to prescription painkillers, more than deaths from cocaine and heroin combined. Some experts say that doctors and shifting social norms about treating every illness with a medication bear part of the burden for the current epidemic of addiction, since sales of prescription pain killers have increased 300% since 1999, and made the drugs more available.

Introducing a relatively easy to use, auto-injecting version of Naloxone could help more communities and states get comfortable with the idea of increasing access to the life-saving drug. More importantly, the drug, called Evzio, is approved specifically for family members, caregivers, and other non-medical people who might need to help an overdose victim. The kit comes with a training device that lay people can use to practice giving the drug, which is administered in the thigh. It has automated audio instructions to guide users through each step in the process, much like automated defibrillators do. “In our study, even among individuals not trained to use the product, 90% administered the correct dose of Naloxone during a simulated opioid emergency,” Dr. Eric Edwards, chief medical officer of drug-maker Kaleo, said to reporters during a teleconference about the product.

The drug could be prescribed for either someone who is taking opiates, whom the prescribing physician feels might be at high risk of an overdose (such as those with a history of previous or other substance abuse), or to a caregiver or family member of someone who is at risk. “We do not intend to take action for the administration of naloxone on individuals for whom it is not prescribed for,” Dr. Douglas Throckmorton, deputy director for regulatory programs at the FDA’s Center for Drug Evaluation and Research told reporters.

That could help to ease current restrictions on Naloxone availability in some states; some states have stronger regulations against such third-party prescribing, while others have less restrictive rules on who can have access to and use the drug.

MORE: Wider Use of Antidote Could Lower Overdose Deaths by Nearly 50%

In King County, Wash., for instance, Naloxone is distributed in the county’s needle exchange programs, and drug abusers are taught how to administer the medication in case they witness a friend overdosing. That’s because a 2010 law allowed prescriptions to be written to not just people at risk of overdosing but those who may witness an overdose. A local pharmacy chain has also agreed to work with the state pharmacy board to make Naloxone available to anyone who might witness an opiate overdose, without the need to see a physician to get the prescription. Those who request Naloxone are given a 20-minute counseling session on the risk of overdose and trained in how to use it, and then given the drug, prescribed by an authorizing physician who collaborates with the pharmacy. Many pharmacies already do this with things like flu vaccines and epi-pens, says Caleb Banta-Green, research scientist at the Alcohol and Drug Abuse Institute at the University of Washington, who has spearheaded research into and developed innovative strategies for addressing the opiate epidemic in the state.

Across the country, Massachusetts recently became the first state to make Naloxone available to law enforcement officers so overdose victims don’t have to waste the precious minutes it can take to call for and receive medical help. In 2009, a pilot study involving 15 Massachusetts communities found that friends and family members of injection drug users who were given Naloxone saw a drop in opiate-related overdose deaths than communities in which the drug wasn’t distributed. Another small study in Quincy, Mass. found that providing law enforcement and firefighters with Naloxone could also lower opiate-related overdose deaths.

“We know Naloxone works, and it has dramatically saved lives,” Hamburg says. “All of us who have taken care of patients who have overdosed and used it, know what a remarkable reversal occurs. It’s just a question of getting industry to see this [drug] as an opportunity to develop the right kind of product to be used in the community setting, and address the variability of state laws on how to handle use of these kinds of products.”

The move is just the latest in the FDA’s years-long effort to tame the growing tide of opioid addiction. In addition to the latest approval, Hamburg says the agency is working to corral the boom in prescriptions by intensifying its efforts to better control who is writing them, and why – while ensuring that the patients who need pain-killing relief are receiving it.

As part of that strategy, in December 2013, the FDA recommended that hydrocodone, an opiate that comes in long-acting doses, be reclassified as a Schedule II drug, which restricts who can prescribe it and how use of the medication is monitored. For drugs in this class, doctors cannot phone in prescriptions and can only call for a three-month supply; doses cannot be refilled without a new prescription in order to avoid potential dependence.

That’s also the case for Zohydro, which the agency approved in 2013 as a Schedule II drug, despite concerns by some that it is highly addictive and has a high chance of being abused because its tablets can be easily crushed and injected intravenously. Hamburg says the approval was based on the fact that currently there are no forms of hydrocodone available without acetaminophen, the primary pain-killing ingredient in Tylenol, and is associated with stomach and intestinal irritation. For patients who need longer-term treatment for chronic pain, such drugs aren’t an option because of the risk of bleeding. “It’s been said that Zohydro is super-potent. That surprises me because the highest dosage unit of Zohydro extended release is lower than the highest dosage unit of all the other available extended release products on a milligram basis,” says Hamburg. “No doubt it’s a powerful drug, and it needs to be used appropriately with the proper oversight. But it’s certainly not the most powerful drug on the marketplace.”

Still, after Mass. governor Deval Patrick declared a public health emergency over the state’s opioid addiction and heroin overdose rates, the state’s health regulators have decided to ban the prescribing and sale of the drug.

But controlling access to and distribution of opiates is only one way to address the epidemic. Earlier in 2013, the FDA also took steps to make opioid pain medications more difficult to abuse by green-lighting the first abuse-deterrent formulas of opioids, which make the pills hard to crush or dissolve for injecting or snorting. While the new versions don’t prevent taking the tablets by mouth in higher than recommended doses, the strategy can be another way to discourage abuse, says Hamburg.

Evzio, she says, is a last-resort step in the agency’s multi-pronged approach to controlling the epidemic of opiate addiction. “We’d rather not bring people from the brink of death with Naloxone,” she says. “We’d rather prevent addiction use and abuse from occurring in the first place.”

Correction: The original version of this story misstated the group given Naloxone in the 15-city Mass. study. Drug users and their friends and family members were provided the medication. 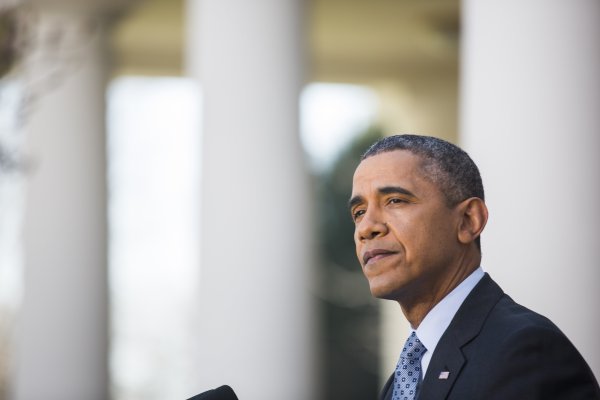 Obamacare Deadline Is April 15
Next Up: Editor's Pick