Sansa Stark seemed to take to her new role as Regent of the North in Sunday’s episode of Game of Thrones, establishing her credibility as a capable leader. However, some fans are still worried about the thorn in her side known as Littlefinger.

As Sansa walked through the Winterfell courtyard making plans to keep her people fed and warm throughout winter, the master manipulator followed along silently at her side. And while he didn’t say anything, there was a specific moment in the conversation that seemed to give him pause.

After Sansa asked Maester Wolkan about the length of the longest winter in the past 100 years, he replied that he would have to look it up. “I’m not entirely certain. I’ll check Maester Luwin’s records, he kept a copy of every raven’s scroll,” he said, referencing the former Maester of Winterfell.

This revelation made Littlefinger do a quick but noticeable double-take — as noted by The Ringer — seeming to hint that one of these scrolls may contain some incriminating information.

Some speculate that there may be a scroll that links Littlefinger to the Valryian steel dagger that was used in the assassination attempt on Bran and was last seen when Littlefinger held it to Ned’s neck after betraying him to the Lannisters. This theory is supported by the fact that the dagger was shown strapped to Arya’s hip in promotional photos for the season, indicating that the young assassin may be the one to finally take out Littlefinger upon her arrival at Winterfell. And judging by the promo for this week’s episode, she’s getting very close to her destination.

Not to mention that the promo also appears to show Sansa suspiciously perusing a paper that could be the scroll in question.

Here’s hoping that ousting Littlefinger is the first item on the Stark sisters’ reunion to-do list. 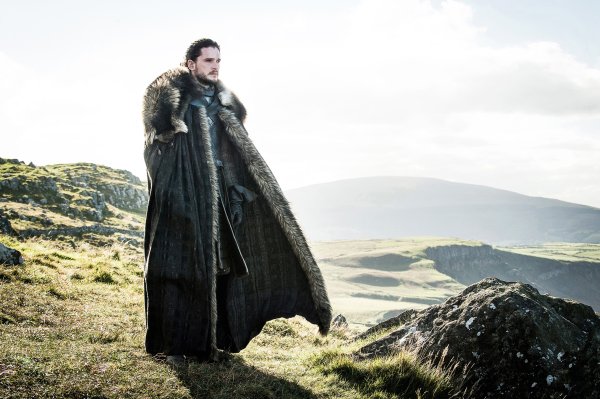 Game of Thrones Ratings Just Hit a Major Milestone
Next Up: Editor's Pick