A scene from 'Bambi'
Walt Disney Productions
By Lily Rothman

Coming from a man who had already changed the entire field of animation, it was high praise — but Walt Disney was feeling confident about Bambi. It was, TIME quoted him saying, “the best picture I have ever made, and the best ever to come out of Hollywood.”

The film — which turns 75 on Tuesday, having premiered in the U.K. on Aug. 8, 1942, before opening in the U.S. later that month — was based on a book by the Austrian writer Felix Salten. Though the music from the movie hasn’t exactly entered the popular consciousness in the same way other Disney tunes have, the animation set a new standard, particularly as the first time the backdrops in an animated Disney feature had been done with oil paints rather than watercolor. The choice of a new medium gave Bambi a palette of rich forest colors that made the flora almost as much a character as the fawn.

But what really made the movie stand out was its characters, as TIME noted in its 1942 review of the movie:

The magazine didn’t quite agree with Disney that Bambi was his best picture ever — it was good, the reviewer conceded, but his earlier work, which included Fantasia and Dumbo, was better. But the critic singled out Peter Behn, who had voiced Thumper, as deserving all the praise he could get — and the studio too, for managing to have the boy actor record his lines before his voice changed. That was not an easy feat for a movie that took five years to make, thanks in part to the studio’s devoting three-quarters of its resources to making wartime shorts for the U.S. government.

But perhaps the strongest proof of the movie’s impact could be found in the people who hated it. “Disney’s indictment of men who kill animals for sport is so effective that U.S. sportsmen who have seen the picture are gunning for him,” the original review noted. “They feel that Disney is undoing their lifework of conserving wild animals for future open seasons.” 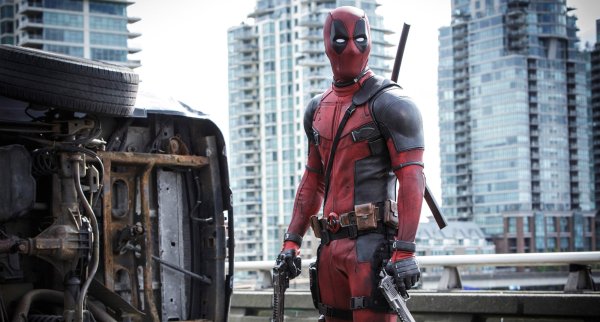 Fans Are Already Freaking Out Over the New Deadpool Villain
Next Up: Editor's Pick