The rapper, who released latest album 4:44 last month, praised the singer in an interview with Metro newspaper.

“I have been in the industry long enough to know when I’m in the presence of a genius and Chris Martin is just that,” he opened up.

“In years to come, Britain will look back at him as a modern day Shakespeare. He is an incredible recording artist, an incredible songwriter, but where he really comes alive is performing live. If you get the chance to see Coldplay live, do it – you ain’t gonna regret it.”

The pair’s friendship has been previously well documented – with the two teaming up on ‘Beach Chair’, taken from Jay-Z’s 2006 album ‘Kingdom Come’.

They also co-headlined a New Year’s eve show in New York in 2012, with Jay-Z joining the band to rap on ‘Lost+’, which featured on their ‘Prospekt’s March’ EP.

The new tracks were released on Tidal this weekend alongside Jay-Z’s new video for ‘4:44’ cut ‘Adnis’. 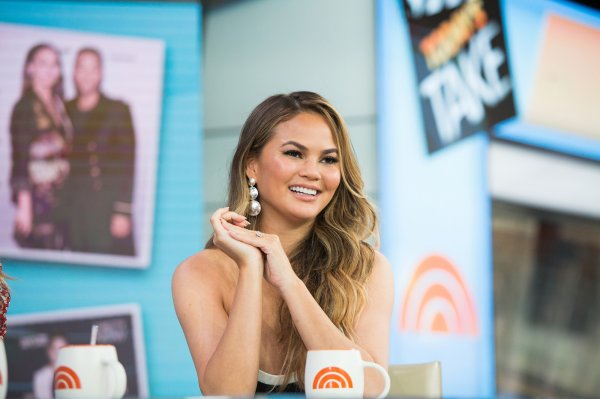 Chrissy Teigen Confirms She's The Most Relatable Celebrity Ever By Sharing Video of Her 'Period Skin'
Next Up: Editor's Pick