10 Nintendo Switch Accessories No Owner Should Be Without

Nintendo’s hybrid games console, dubbed the “Switch” because it can pipe games either to TVs or mobile screens perched between hands, exemplifies the company’s insurgent philosophy. It is both computationally quotidian yet prototypical, unable to match Microsoft’s Xbox One X or Sony’s PlayStation 4 Pro teraflop for teraflop. But the Switch is also free of those platforms’ restrictive tethers. It’s a gaming gizmo that goes wherever you do, enabling pickup games of Snipperclips or Mario Kart 8 between strangers on planes, in parks or on subway commutes. It is a repudiation of gaming’s shift to “alone together,” an exuberant backpedal toward in-person competition (or cooperation) buttressed by millions of years of social evolution.

It is also missing several must-have accessories, which is where this list comes in. The following isn’t a roundup of the most popular Switch extras, it’s based on months of hands-on time with a variety of alternatives from multiple manufacturers. Here are TIME’s picks for the Nintendo Switch accessories you shouldn’t be without.

If you plan to haul your Switch around without the dock, all you need is a case for the Switch itself. But if you only plan to buy one dock, you need a case that can convey that brick-sized piece of plastic real estate, too. PowerA’s padded “Everywhere” bag, tailored for the Switch, does precisely that. Into its snug clutches I’ve managed to stuff my Switch, the dock, an HDMI cable, an extra AC adapter, various USB-C and USB-A cables, a pair of Joy-Cons with tethers, and the Joy-Con grip. The top zipper flap harbors a piece of thin plastic that provides extra frontal protection. Sling the bag’s strap over your shoulder and you’re ready to go.

The bag also comes with a firm carrying case for the Switch, though it lacks discrete slots for your game cards — the only knock against the package. (You can drop them into the bag’s rear zipper pouch, but they’ll be free-floating.) I wound up pairing Nintendo’s official Switch soft case (which offers five card slots) with PowerA’s bag instead.

The Switch needs a screen protector, let’s just start from there. It’s not an iPhone. It doesn’t have a crazy-resilient glass screen you can gleefully abrade with your car keys to the horror (and eventual fascination) of uninformed onlookers. The Switch’s screen is plastic, and while that makes it pliable as well as practically immune to shattering, it’s also more prone to scratches. The fix: tempered glass.

The most popular Nintendo Switch screen protector is probably amFilm’s Tempered Glass option. I’ve tried four, and in all four instances — two attempts each on different Switch systems — I couldn’t rub out stubborn air bubbles, which look even more odious than scratches. With Otium’s protectors (I’ve tried one each on those same two Switch systems), I’ve had none. They attached seamlessly, fit cleanly in the dock and seem impervious to heat. For just under $6, you get two screens per kit, as well as dust removal and cleaning accessories.

Nintendo rates the Switch at 2.5 to 6 hours of battery life — longer for some games, shorter for others. So if you’re looking to eek out a day or more’s worth of uninterrupted play, an external battery pack is mandatory. But the Switch is also fickle about which portable batteries it plays nice with. It’s possible to buy a battery that meets the Switch’s technical specs on paper, but still fails to charge the Switch fast enough to outpace drain.

Anker’s PowerCore+ 26800 (with USB-C PD) is the only battery I’ve tested that touches all the bases. It continuously charges the Switch whether the handheld is in sleep mode or playing a power-hungry game like Breath of the Wild. Its 30 watts of power and support for USB-C Power Delivery can juice up the Switch, empty to full, roughly half a dozen times before it runs dry, which translates to something like a crazy 21 hours of uninterrupted on-the-go Zelda play. It’s also capable of charging USB-C devices, from Apple’s entry level 12-inch MacBook on up to its MacBook Pro.

The only downsides are weight (about 1.3 pounds) and that it takes quite a bit to wall-charge — several hours at least, from zero to full.

Whether charging off one of the Switch Dock’s three USB-A ports or used wirelessly, it lets you sidestep having to snap off the Switch tablet’s Joy-Cons. Just drop the Switch in its dock, heft the Pro controller and you’re in business. (If you’re looking for the slightly less expensive basic black version, you can find that here.)

The fix is to buy the physical card version of games, if offered, in which case all you’re eating is save game space (Breath of the Wild‘s saves take up a minuscule amount per user). Or you can spring for a micro SD card, which you can find in 32 GB flavors for about $15, price versus storage space scaling up from there.

My favorite at the moment is SanDisk’s Ultra 200GB Micro SDXC, which boasts a ton of storage and transfer rates up to 90MB/s, notably faster than the company’s smaller cards in the same class. You can step up to a top-of-the-line 256GB variant with transfer speeds that bump up to 95MB/s, but you’ll also nearly double your outlay. At present, I have 21 games’ worth of data, most of that in full digital downloads (my only card games are Breath of the Wild and 1-2-Switch), and the Switch tells me I have 153GB of 200GB free.

The grip Nintendo includes with the Switch is just a holster for your Joy-Cons, and there’s no battery lurking in its sizable midsection. If you don’t want to spring for the Pro Controller or would rather leave it at home tethered to the dock but plan to do a lot of local play with someone wielding a second pair of Joy-Cons, you may want the Joy-Con charging grip. It’ll charge off the Dock with the same USB-C/A cable as the Pro Controller, and keeps the Joy-Cons topped up away from the tablet itself.

If you’ll mostly be using a single pair of Joy-Cons on the other hand, since each Joy-Con lasts about 20 hours per charge, the grip is probably superfluous.

We’re headed into Captain Obvious territory, but the Switch AC Adapter is essential if you want to craft a usage setup that minimizes plugging and unplugging (things that aren’t the Switch, anyway). It’s analogous to buying a second AC adapter for a laptop that sits in a dock, eliminating the need to decouple cables.

Possibly overkill, but as the last brick in seamless portability’s wall, the Dock Set lets you either store an extra Dock in a carrying case, or move at leisure between rooms in a house with multiple TVs. At nearly a third as much as the price for the Switch itself, it feels spendy (and kind of is), but it also comes with another AC Adapter and HDMI cable.

It won’t be available until October 31, but if you want to save a considerable amount of money and miniaturize the Switch’s dock profile, Nyko’s portable version is, well, definitely more portable and about two-thirds as expensive. It supports TV mode, and includes a USB-C AC adapter as well as an HDMI cable, leaving the only potential trouble spot its lack of front or rear protection. Just don’t bump into the Switch while in use and you should be golden. 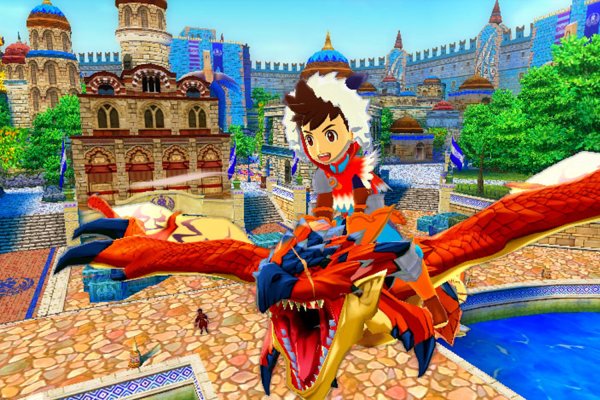