An ethnic Uighur woman walks with her children in Kashgar, Xinjiang, on June 28, 2017.
Kevin Frayer—Getty Images
By Joseph Hincks

A restive region of northwestern China has just altered its family planning policy to no longer allow ethnic minorities to have more children than other residents, in what the state-run media says is a testament to the government’s commitment to “ethnic equality.”

The revised regulations, which came into force Friday in the Xinjiang Uighur Autonomous Region, will now permit urban couples to have two children and rural couples to have three children regardless of their ethnicity, reports the government’s Global Times newspaper.

Ethnically Han Chinese parents were previously allowed one child less than minority families in the special region, despite the lifting of the country’s one-child policy almost two years ago. Prior policies have given ethnic minorities in the autonomous region more family planning leniency than the Han, who comprise more than 90% of China’s overall population and an estimated 40% of the population of Xinjiang.

Read More: China Orders Everyone in One Province to Hand Their Passports Over to Police

The province, which borders Central Asia, is home to some 10 million Muslim Uighurs, who say they routinely face discrimination. Tensions have worsened in recent years amid heightened security measures in the wake of a separatist insurgency. Altering the child policy is likely to be viewed as an attempt to increase the Han population and further isolate Uighurs in the frontier region that is sometimes likened to Tibet for its ethnically-infused policies. 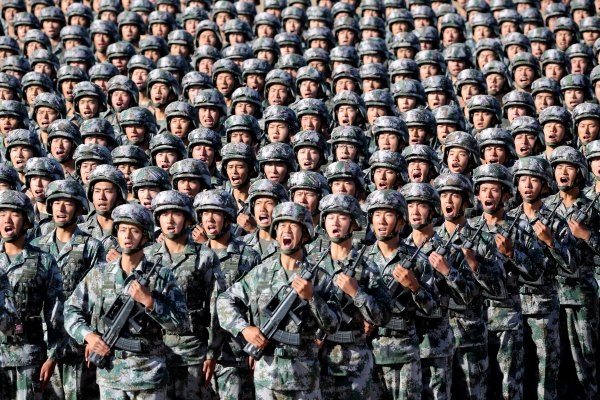