In a statement, the Press Secretary said Scaramucci will be leaving his role because he “felt it was best to give Chief of Staff John Kelly a clean slate and the ability to build his own team.”

It was already gearing up to be a busy day in the Trump White House. On the heels of a North Korean missile test and new Russian actions, the day kicked off with the swearing-in of a new White House chief of staff, retired Gen. John Kelly, who was serving as the Secretary of the Department of Homeland Security. Kelly replaced former Republican National Committee chairman Reince Priebus, who resigned last week.

Priebus’s exit was the second to come after Trump ally Anthony Scaramucci took on the role as Communications Director. Sean Spicer resigned from his position as White House Press Secretary shortly after the “Mooch” came to 1600 Pennsylvania. Scaramucci made headlines last week for using colorful and offensive language in a conversation with the New Yorker while talking about Priebus and Steve Bannon. By Monday afternoon, it appeared that Scaramucci’s bravado was a bit too much for the White House under Kelly. 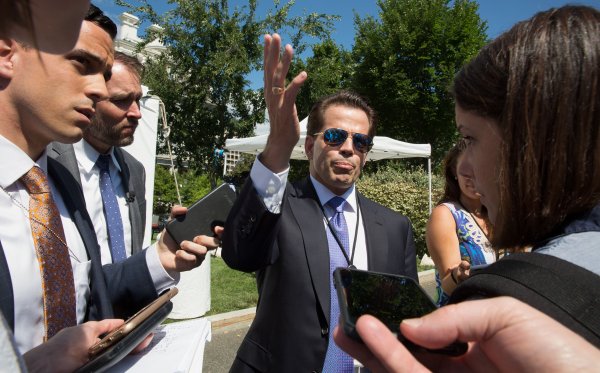 Anthony Scaramucci Fired After 10 Days
Next Up: Editor's Pick