Most People Who Misuse Opioids Don’t Have a Prescription

In the latest National Survey on Drug Use and Health, government researchers documented the extent of the opioid epidemic in the U.S., providing details on which groups are most vulnerable to abuse and addiction, and the factors that drive misuse.

More than 51,000 people completed an hour long survey conducted in person by public health officials. Using those responses as a representative sample, the researchers calculated national rates of opioid use and abuse. Nearly 92 million people, or 40% of the adult U.S. population that isn’t institutionalized, reported using prescription opioids. Among them, nearly 5% said they misused them, which included everything from using opioids without a prescription to relying on the drugs for something other than the reason they were prescribed by the physician, or taking them in larger doses or more often than prescribed. Among people who misused opioids, nearly two million were addicted to the drugs or had some type of abuse disorder.

The survey revealed how people were obtaining opioids. For those who reported misusing the drugs, 60% were using opioids without a prescription, according to the report published in the Annals of Internal Medicine.

About 40% of these people accessed opioids free from friends or relatives. Among people who developed addiction or other abuse disorders, 14% said they bought them from drug dealers or strangers.

MORE: Why We Need Drugs to Treat Opioid Addiction

The researchers note that over prescribing of opioids can lead to excess medications that can then be passed on, intentionally or unintentionally, to others who might abuse them. Prescribing the powerful pain killers for less serious conditions can also lead to such diversion and abuse.

People said the main reason they turned to opioids was to relieve pain, which the researchers say suggests that the drugs aren’t effective in addressing pain, or are too addictive to be useful as pain relievers.

MORE: How Doctors Are Fueling the Opioid Epidemic

People who were uninsured or unemployed were more likely than people with health coverage or jobs to misuse and abuse opioids. Those who said their health was poor were also more likely to both use and abuse opioids than people who were healthy. Having other addictions, to drugs like heroin, cocaine, sedatives or tranquilizers, also put people at higher risk of abusing opioids, as did having behavioral conditions such as depression. Programs to reduce opioid addiction should consider people’s history of mental illness and behavioral disorders and include close monitoring of their response to opioids, say the researchers. 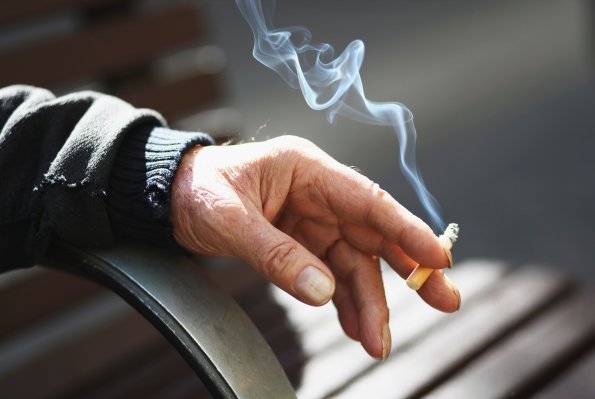 The FDA Wants Cigarettes to Have Less Nicotine
Next Up: Editor's Pick