President Trump is a pretty vocal critic of public opinion polls, regularly calling them “fake news” when they look bad for him. But there’s one exception: Rasmussen Reports.

As president, Trump has regularly tweeted links to the polling outfit, long a favorite among conservatives, when it’s shown him doing better on his approval rating than other polls.

The Rasmussen Reports daily presidential tracking poll for July 31 shows Trump with a record low approval rating for their poll, the latest to show support for the president is slipping.

Just 39% of likely U.S. voters approve of Trump’s performance as President according to the Rasmussen tracking poll released July 31, while 26% strongly approve, and 61% disapprove. This is the first time Trump’s approval rating has ever fallen below 40% in Rasmussen. The poll of 1,500 likely voters had a margin of error of 2.5 percentage points.

One reason that Rasmussen’s numbers may look different from other pollsters is that it polls likely voters, while outfits such as Gallup poll registered voters unless the poll is conducted closer to an election. 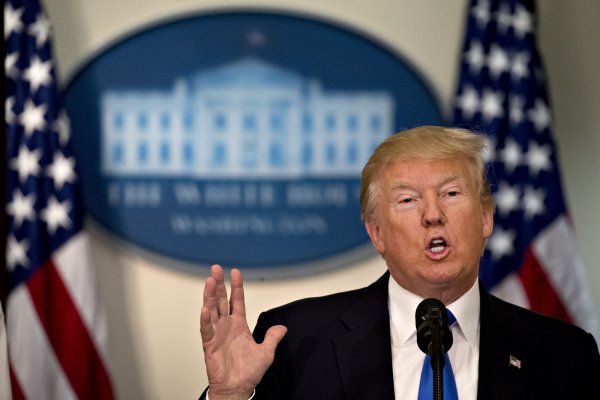 Majority of Women Say Their Interest in Politics Has Increased Since Election
Next Up: Editor's Pick