Joel Willans, a Finland-based author, tweeted out a photo over the weekend showing the masterpiece among some other promising LEGO “kid creations” entries.

It wasn’t an extraordinary work of art because it was elaborate or creative — there were plenty of multi-level LEGO “creations” like that in the mix. But it went viral because it was accurate and simple, penetrating in its accurate outlook on all the world’s living things.

It just grabs you as it sits there making its hilarious statement in some complex art surroundings. This is likely the reason why the photo’s been liked 190,000 times.

It’s not all that shocking to see how popular the budding minimalist artist with something to say is. It’s got the telltale signs to get social media feeds buzzing. Minimum effort, a strong point of view about the events of life, and an adorable 12-year-old kid, even if the architect was off-camera. You just can’t make up this kind of a hard truth about worms.

Everyone thought too much about it except one kid. He — the kid who only needs one block to go viral — is the perfect foil to overachievers who overthink everything. Gold star.

The internet’s art critics are already calling him a true generational talent. Here’s what they said about young Riley, the next big thing in modern art. 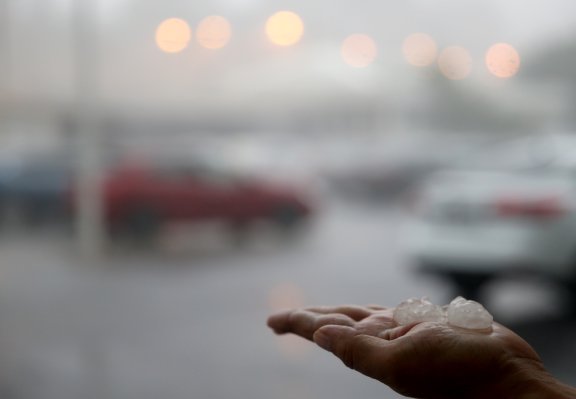 Marvel at This Hero Journalist Soldiering on as She's Pummeled By a Raging Hail Storm
Next Up: Editor's Pick