Another Clue About Apple's Next iPhone May Have Just Dropped

More evidence has emerged that Apple’s next iPhone will have a new design and a feature that allows it to detect a user’s face.

Some developers appear to have gotten hold of the firmware for Apple’s HomePod speaker before it was meant to be public. The code is believed to include references to Apple’s upcoming iPhone, including a set of commands for how a feature referred to as “BKFaceDetect” should work. Phrases such as “MultipleFaces” and “TooCloseToCamera” can be found within the block of code, possibly an indication of how Apple’s face detection would handle scenarios in which more than one face are visible, or when a user’s face is too close to the iPhone’s camera.

Also buried in the code was what appears to be an image showing what the new iPhone may look like, depicting a new design with slimmer borders around the screen. Companies such as Samsung, LG, and Essential have all implemented similar designs in their recently released smartphones.

Developers Steven Troughton-Smith and Guilherme Rambo spotted the iPhone references and shared images of them on Twitter. Apple has not yet responded to TIME’s request for comment.

The hints found within the code back up rumors that have already been circulating about Apple’s next iPhone. Bloomberg reported earlier this month that the company plans to incorporate a new 3D sensor into the next iPhone that will be able to scan a user’s face in order to unlock the device, authenticate payments, and launch certain apps. Rumors about the iPhone’s nearly borderless screen began to emerge as far back as last June, when The Wall Street Journal reported that Apple had planned an edge-to-edge screen for its 2017 iPhone.

Other than a new design and face detection, Apple’s next flagship iPhone is expected to support wireless charging and may not include a home button. Some reports have also indicated that Apple will launch three new iPhones instead of two: a 4.7-inch iPhone 7s, a 5.5-inch iPhone 7s Plus, and a totally revamped 5.8-inch iPhone 8. The company usually unveils and launches its new iPhones in September, although some reports suggest the new high-end iPhone 8 may be delayed. 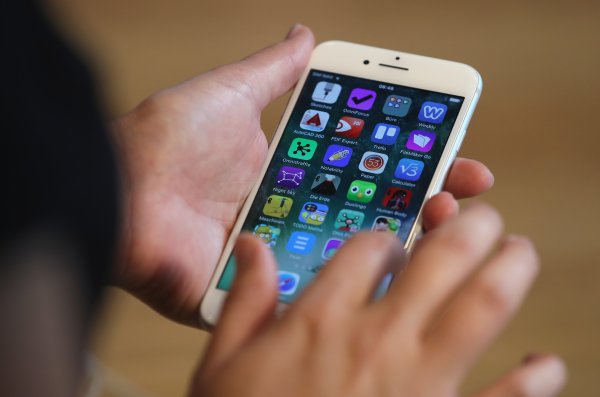 New Emojis Coming to Your iPhone Later This Year
Next Up: Editor's Pick