Chris Christie Gets Up In Cubs Fan's Face at Brewers Game

The Governor is seen getting in the Cubs fan’s face while holding an order of nachos on the stairs at Milwaukee’s Miller Park. “You’re a big shot,” Christie can be heard telling the fan as he walks away.

Joseph told WISN that he told Christie he “sucked” while the Governor was walking up the stairs at the park. When Christie was on his way back down, Joseph says, he called him a “hypocrite” because it “needed to be said.”

Apparently the Governor didn’t think so, because that’s when he turned around to confront Joseph. The fan says Christie asked him, “why don’t you have another beer?” and called him a “tough guy.”

Christie and Joseph were at Miller Park for the Brewers-Cubs game; Christie’s son Andrew works for the Milwaukee team, according to the Associated Press.

The Milwaukee incident was not the first time Christie — the most unpopular governor in any state in 20 years — faced angry fans at a baseball game. Earlier in July, the governor was booed at a New York Mets game after he caught a foul ball. 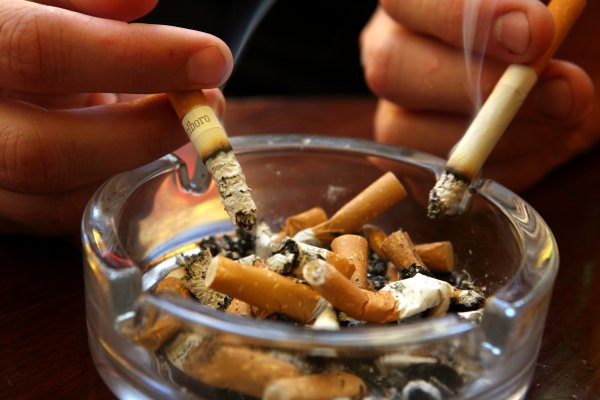