HBO Responds to Twitter Protest Over the Planned Series Confederate

“We have great respect for the dialogue and concern being expressed around Confederate,” the network said in a statement. “We have faith that Nichelle, Dan, David, and Malcolm will approach the subject with care and sensitivity. The project is currently in its infancy so we hope that people will reserve judgment until there is something to see.”

As hit series Game of Thrones aired on Sunday evening, the hashtag #NoConfederate trended globally on Twitter. “We believe the time to speak up is now before the show has been written or cast. Before @hbo invests too much money into #Confederate,” activist April Reign, one of a group of women who started the campaign, wrote on Twitter last week. “This Sunday at 9 p.m. ET, during @GameOfThrones, we ask you to stand with us. We want to send a message to @hbo using hashtag #NoConfederate.” (Reign launched #OscarsSoWhite in 2015 after the Academy Awards nominated an all-white slate of acting nominees.)

“We know we have the power to make change,” she added in another tweet. “Let’s show @hbo how many people are against #Confederate. Please join us Sunday w/ #NoConfederate.”

In an email to CNN, Reign added, “We would like HBO to cancel #Confederate and instead uplift more marginalized voices with a different series.”

HBO announced Confederate earlier this month. According to a press release from the network, the show “chronicles the events leading to the Third American Civil War. The series takes place in an alternate timeline, where the southern states have successfully seceded from the Union, giving rise to a nation in which slavery remains legal and has evolved into a modern institution. The story follows a broad swath of characters on both sides of the Mason-Dixon Demilitarized Zone — freedom fighters, slave hunters, politicians, abolitionists, journalists, the executives of a slave-holding conglomerate and the families of people in their thrall.”

In the wake of the news, social media erupted in protest over the premise — a response the producers discussed in an interview with Vulture. “I do understand their concern,” Nichelle Tramble Spellman said. “I wish their concern had been reserved to the night of the premiere, on HBO, on a Sunday night, when they watched and then they made a decision after they watched an hour of television as to whether or not we succeeded in what we set out to do. The concern is real. But I think that the four of us are very thoughtful, very serious, and not flip about what we are getting into in any way. What I’ve done in the past, what Malcolm has done in the past, what the D.B.s have done in the past, proves that. So I would have loved an opportunity for the conversation to start once the show was on the air.”

Read More: ‘This Is Scary for All of Us.’ Game of Thrones Creators Defend New HBO Show About Slavery Amid Backlash

Added Malcolm Spellman, “What people have to understand is, and what we are obligated to repeat in every interview is: We’ve got black aunties. We’ve got black nephews, uncles. Black parents and black grandparents. We deal with them every single day. We deal with the struggle every single day. And people don’t have to get on board with what we’re doing based on a press release. But when they’re writing about us, and commenting about us, they should be mindful of the fact that there are no sell-outs involved in this show. Me and Nichelle are not props being used to protect someone else. We are people who feel a need to address issues the same way they do, and they should at least humanize the other end of those tweets and articles.”

Last week, HBO president Casey Bloys took the blame for the way Confederate had been announced, saying it could have been handled with more grace.

“File this under hindsight is 20/20,” Bloys told reporters Wednesday at the Television Critics Association summer press tour. “If I could do it over again, HBO’s mistake — not the producers’ — was the idea that we would be able to announce an idea that is so sensitive that requires such care and thought on the part of the producers in a press release was misguided on our part. [We] had the benefit of sitting with these four producers, we heard why they wanted to do the show, what they were excited about, and why it was important to them, so we had that context, but I completely understand that somebody reading the press release would not have that at all. If I had to do it over again, I would’ve rolled it out with the producers on the record so people understood where they were coming from.”

Bloys added the show will not be “Gone with the Wind 2017” and that all the producers understand the “high degree of difficulty with getting this right.”

“But the thing that excites them that excited us is if you can get it right, there’s a real opportunity to advance the race discussion in America,” he added. “Again, what Malcolm said in one of his interviews was, ‘If you can draw a line between what we’re seeing in the country today with voter suppression, mass incarceration, lack of access to public education or healthcare, and draw a direct line between that and our past and our shared history, that’s an important line to draw and a conversation worth having.’ So it is very difficult, and they acknowledge there’s a high degree of difficulty, but they all feel — and we support them — that it’s a risk worth taking.”

After the East Coast airing of Game of Thrones, Reign noted how successful the #NoConfederate campaign had been in a series of tweets. 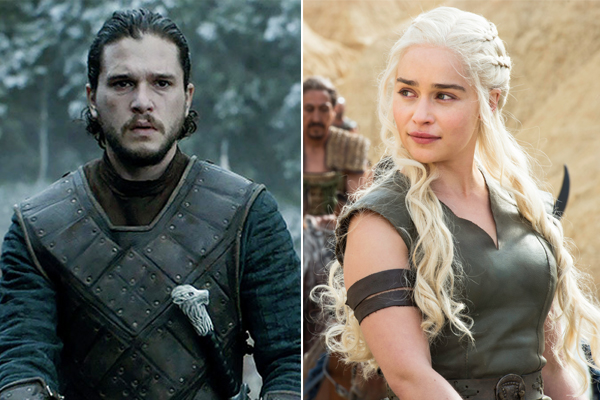 Daenerys Targaryen Made One Crucial Mistake When Meeting Jon Snow on Game of Thrones
Next Up: Editor's Pick