Ukraine and Russia Demonize Each Other With Claims of Terrorism

On Feb. 20, no rumor on the streets of Kiev seemed too paranoid and monstrous to believe. Dozens of protesters had been shot down that morning, apparently by snipers, in the center of Ukraine’s capital. No one knew who had given the orders to shoot. No one knew why they were shooting. The only facts were all the bodies, many with just a single bullet wound in their heads or necks, the stunned expressions on their faces suggesting just how quickly death had come. But those facts, stark and undeniable, were enough for much of the city to suspend all doubt.

Most of the demonstrators brave enough to remain on the square that night spent hours trading conspiracy theories in whispers. Most of them were variations on the same theme – the Russian government, specifically Russia’s FSB secret police, was coming to quell the revolution with death squads, or helicopter gunships, or poison gas, or hired goons that had been plied with drugs and told to kill. All of these rumors emerged from the impact of terror, anger, confusion and grief on the human mind, and they were all false. The day after the massacre near Kiev’s Independence Square, the government of President Viktor Yanukovych fell, and the revolutionaries took power. No Russian death squads ever came to stop them.

But on Thursday, the whispered theories from that night reemerged in Kiev in a very different form. Valentyn Nalyvaichenko, the new head of Ukraine’s state security services, accused his Russian counterparts of being involved in the massacre of Feb. 20. He did not seem to have much proof. At the end of December, he said, before Ukraine’s revolution turned violent, 26 agents of the Russia’s Federal Security Service, the agency known as the FSB, visited Ukraine’s secret police in Kiev.

In the middle of January, around the time when the uprising was morphing into a violent insurrection, six Russian FSB agents visited their colleagues in Ukraine again, Nalyvaichenko said. “We have serious reasons to believe that these groups, who were at one of the bases of the SBU [Security Service of Ukraine], took part in the planning and execution of the so-called ‘counter-terrorist operation.’” That is the term that Ukraine’s crumbling regime used to describe last and most violent attempt to crush the revolution, an attempt that culminated with snipers opening fire on protesters on Feb. 20.

At his press conference on Thursday, Nalyvaichenko, who was appointed head of the SBU security service on Feb. 24, asked Russian authorities to investigate what the FSB was doing in Kiev in December and January, and to provide the names and ranks of the FSB officers involved. The answer from Moscow was as brief as it was predictable. “Let these statements be on the conscience of the Ukrainian Security Services,” the FSB said in a statement to the Russian news agency RIA Novosti.

But the real response seemed to come a few hours later, when Russian state television unsheathed their own allegations against Ukraine. In its evening news broadcast, the state-backed network NTV claimed that 25 Ukrainians had been arrested in Russia while planning to carry out a terrorist attack. “All of those detained,” the report said, citing unnamed security sources, “have already confirmed receiving instructions from the Security Service of Ukraine.”

Though the broadcast did not make the connection explicit, its timing made it seem like an eye for an eye. Ukraine had aired one grave set of accusations against Russia, and Russia responded in kind without much delay. Neither side presented much evidence, certainly none that was commensurate with the seriousness of the claims. But both shared at least one intention – to demonize the other side, playing on the enmity that has emerged between these once fraternal nations.

In the coming weeks and months, both Russia and Ukraine will have to follow up their finger-pointing with action, either through their own courts or international ones, as these are not the kinds of claims that a nation state can just back away from or brush away as a mistake. The security services of both Russia and Ukraine have in effect accused each other of plotting terrorism. Whatever dim hope had remained of restoring civil relations between them is gone, at least until these accusations are resolved. That could take months if not years, but what seems to be clear already is that both countries have sunk to the kind of fear mongering that first afflicted Kiev in the days after the massacre of Feb. 20. The only difference is that they are not whispering these claims in the streets. They are airing them officially and for the world to see, having suspended all reasonable doubt and encouraging their people to do the same. 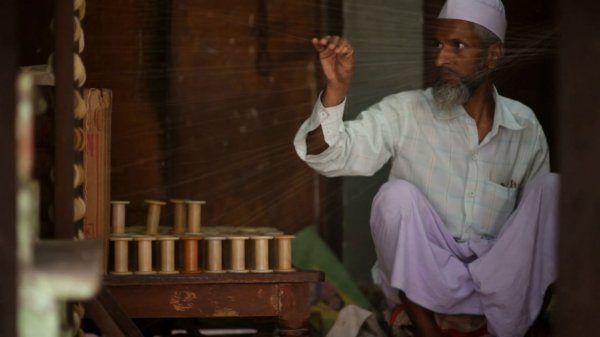 Ethical Haute Couture Hits the Runway
Next Up: Editor's Pick