Pakistan’s top court disqualified the country’s Prime Minister Nawaz Sharif from office on Friday, with a bench of five judges unanimously ruling against him in a corruption case that has divided the South Asian nation.

The Supreme Court in Islamabad disqualified Sharif in a case connected to allegations stemming from the so-called Panama Papers — secret documents leaked from the Panama-based law firm Mossack Fonseca in 2016 that detailed the offshore financial dealings of public figures from around the world.

“He is no more eligible to be an honest member of the parliament, and he ceases to be holding the office of prime minister,” Supreme Court Judge Ejaz Afzal said in court, according to the Reuters news agency.

Sharif — who, if he had remained in office until next year’s general elections, would have been the first prime minister in Pakistan’s history to complete a full term — found himself at the center of national controversy after the Panama Papers appeared to link his children to offshore companies used to purchase flats in an upmarket London neighborhood.

Sharif and his family deny any wrongdoing.

This was Sharif’s third stint as prime minister. The country’s top court previously stepped in to dismiss former leader Yusuf Raza Gilani in 2012, following a contempt of court case.

With the ruling, Sharif’s governing Pakistan Muslim League will be forced to choose an interim prime minister, as the nation prepares for next year’s national polls. 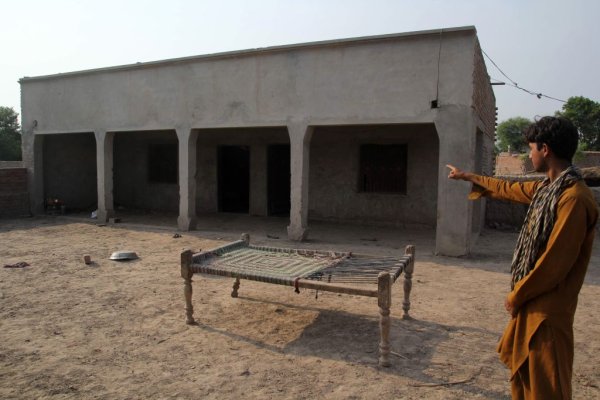