Jeff Sessions Says Trump's Attacks Have Been 'Kind of Hurtful'

President Donald Trump‘s embattled Attorney General, Jeff Sessions, said Thursday that Trump’s public and persistent criticism of him in recent days has been painful, but that he still has confidence in his boss as a leader.

“It’s kind of hurtful but the President of the United States is a strong leader,” Sessions during an interview on Fox News while traveling in El Salvador, where he was on an official visit to discuss immigration, drugs, gang violence and human trafficking.”He is determined to move this country in the direction that he believes it needs to go to make it great again. And he has had a lot of criticism and he’s steadfast determined to get his job done and he wants all of us to do our job and that’s what I intend to do.”

Sessions also conceded in an interview with the Associated Press on Thursday that it has not been the “best week,” for his relationship with the President, but said the two have “harmony of values and beliefs.”

Trump derided Sessions last week in an interview with the The New York Times, saying it was “unfair” Sessions had recused himself from overseeing the Justice Department investigation into Russian meddling in the 2016 election and whether Trump associates colluded with Russian officials. Trump said he would have picked someone else for Attorney General had he known that would happen. Sessions recused himself from the Russia investigation in March after reports emerged that he had failed to disclose his own encounters with then-Russian Ambassador Sergey Kislyak, a recusal that helped set in motion a chain of events that eventually led to the appointment of special counsel Robert Mueller to oversee the probe.

Sessions was one of Trump’s earliest supporters during the campaign and the first from the Senate to back his candidacy. Since the interview with the Times, Trump has ratcheted up his criticism of Sessions, tweeting earlier this week that Sessions is “beleaguered” and questioning why he has not investigated Hillary Clinton.

“Time will tell,” Trump said earlier this week when asked if he would fire Sessions. “I told you before I’m very disappointed with the Attorney General, but we will see what happens.” 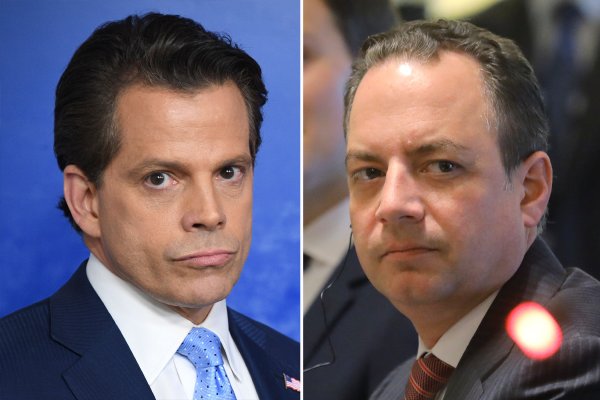 President Trump Goes to War With His Staff
Next Up: Editor's Pick