Republicans Will Vote for the 'Skinny Repeal,' But They Don't Want It to Become Law. Here's Why

A number of Republican senators say that they will vote for the so-called “skinny repeal” on the health care bill, but they don’t want to see it signed into law.

As the upper chamber headed to the final hours of debate over the effort to repeal the Affordable Care Act, Senate Majority Leader Mitch McConnell appeared ready to put forward a dramatically scaled down version of the legislation.

Several senators said Thursday they would support the move only to get to the next step in the process: a conference committee with House Republicans to hash out a more comprehensive repeal bill.

“This is a mechanism to get to conference,” said Republican Sen. Pat Toomey of Pennsylvania. “This is not meant to be the final product.”

They also said that the bill would not work on its own if signed into law. A report from the nonpartisan Congressional Budget Office estimated that the “skinny repeal” would result in an additional 16 million Americans being uninsured in 2018.

Republican Sen. Lindsey Graham said Thursday that he would vote in favor of the skinny repeal as a “vehicle to going to conference. As a final product it would be a disaster.”

But this legislative gambit left some GOP senators worried about the possibility the House could simply pass the skinny bill on its own once it’s passed by the Senate. Republican Sen. Roger Wicker of Mississippi said “theoretically there’s no way” to prevent the House of Representatives from simply passing the bill. 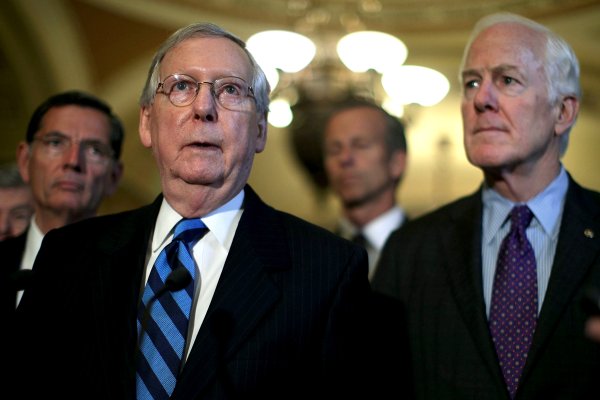