If you find yourself still watching season after season of The West Wing, longingly looking at the leadership and acumen of President Josiah Bartlet, know that you’re in powerful company because even Canadian Prime Minister and internationally acknowledged feminist heartthrob Justin Trudeau has also drawn inspiration from the fictional President Bartlet.

In an interview on The West Wing Weekly podcast, Trudeau revealed that the popular television series is extremely relatable to him, especially when it comes to the struggles of leading a country and the day-to-day challenges of being a political figure. In fact, Trudeau even shared that he used a 2002 episode of President Bartlet in a debate (where, true West Wing devotees might remember, he eviscerates his opponent for giving “10 word” answers without context) to prepare for his own political debates.

“I watched it on YouTube to try to bone up for my own debates,” Trudeau said, adding that in his own career, “there are little moments where I get to channel my inner Bartlet.”

He also shared that he liked how politics were shaped around “ideals and values and principles” on the show, although he also wished that leading a country was as easy as Bartlet made it seem.

“We were all in a certain sense colored by having watched West Wing while we were thinking about how we wanted to have an impact on the world in our lives,” he said. 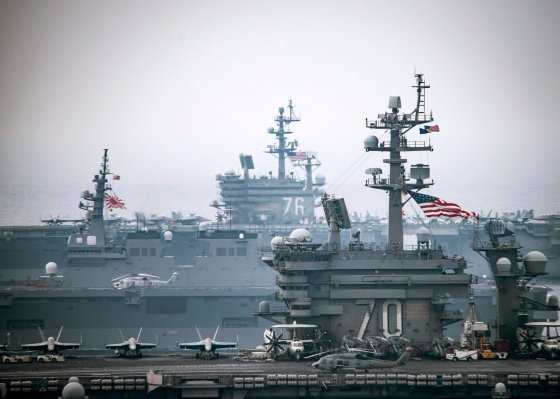 Former Secretary of the Navy: Donald Trump’s Ban on Transgender Service Is a Threat to America
Next Up: Editor's Pick