Football Brain Injuries and a New Hope for Depression: This Week in Health

A new analysis of the brains of deceased NFL players found something unsettling: 110 out of 111 of them had a serious brain disease caused by repetitive blows to the head. In more hopeful news, TIME’s new cover story reveals a surprising—and strange—new way of treating depression. Here’s what else caught our attention this week. (Sign up for the TIME Health newsletter for more.)

A new hope for depression

Depression afflicts 16 million Americans, and one-third don’t get better with treatment. Now, some doctors and patients are putting their faith in a club drug, ketamine.

You Asked: What’s the best way to rehydrate—besides drinking water?

After a serious sweat, you need more than straight H2O to rehydrate. Milk, surprisingly, may be one of the best fluids for the job, because of its balance of protein, carbs and vitamins.

What to know about the massive cholera outbreak in Yemen

The country is experiencing the world’s worst cholera outbreak. Here’s how it got so bad.

How Tai Chi makes you stronger

Photo-illustration by Bethan Mooney for TIME

Tai chi, which is characterized by slow, deliberate movements, may reduce the risk of falls by improving a person’s coordination, gait and balance. Older people who took classes had a 43% reduced risk of falling in the next year.

A new study of brains of former football players showed that 87% have CTE, a degenerative disease caused by repeated blows to the head. For NFL players, the statistics were even worse.

A new Harris Poll finds that only a third of Americans say they are happy. Though that may seem low, the number is up from last year—even though 2017, by many accounts, has been a stressful time.

Men’s sperm counts are down worldwide

A study finds that men’s sperm counts have dropped through the decades. Researchers suspect that chemical exposures, stress, smoking and obesity are likely reasons why.

More evidence that owning a dog is good for you

Dogs are more than just cuddly companions. Research continues to show that pets bring real health benefits to their owners. 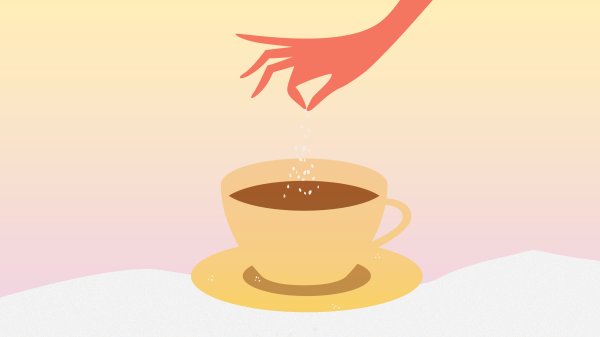 Artificial Sweeteners Don't Help You Lose Weight: This Week in Health
Next Up: Editor's Pick