Some days it seems that half the universe’s population is made up of young men clinging to their childhood. But Brigsby Bear, Dave McCary’s debut feature, puts an unexpected and touching spin on guy nostalgia. Saturday Night Live‘s Kyle Mooney stars as James, a drifty, sincere naïf who discovers, in his mid-20s, that the survivalist loonies who raised him in seclusion (Mark Hamill and Jane Adams) aren’t his real parents. Worse yet, he learns that the space-adventure TV series he’s been obsessed with since childhood–with a Teddy Ruxpin–style hero named Brigsby Bear–isn’t even a real show but a hoax created by his captor dad.

Written by Mooney and Kevin Costello, Brigsby Bear is a sweet-natured picture with an undercurrent of prickly energy. As James, Mooney is wide-eyed enough without ever being too precious, and his performance keeps the movie grounded. James’s disillusionment, instead of making him a victim, pushes him to create something of his own. That’s just the first step toward becoming a grownup. But there’s no getting anywhere unless you take it. 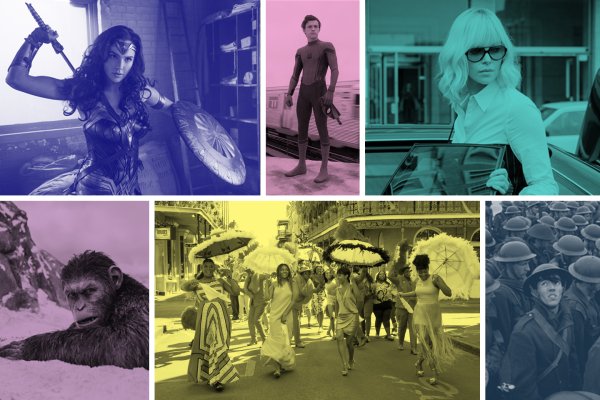 This Was the Best Summer for Movies in Years
Next Up: Editor's Pick