Darkness Under the Sun on USA's Gripping Drama The Sinner

On USA Network, Biel finds meatier fare than what she has been offered on the big screen
USA
By Daniel D'Addario

For many years, USA Network was known for its “blue skies” programming strategy. Particularly during the summer months, USA’s airtime was especially airy, studded with low-stakes procedural dramas and relatably quirky characters. Royal Pains, White Collar and Burn Notice collectively formed a reliable programming block that was admirable for its rigorous consistency, if not much more. Then came Mr. Robot, the computer-hacking sensation, in the summer of 2015. That Emmy-winning drama was as carefully marketed and consistent to its aesthetic vision as a Royal Pains, but its story was far more morally convoluted. Summer on USA went from being a breezy mental vacation to a sweltering, reality-bending season in hell.

The Sinner plunges USA deeper into madness. This new show may not be as ambitious as the operatic Mr. Robot, but it is a pleasure to watch. Jessica Biel stars as Cora Tannetti, an upstate New York woman whose attempt to enjoy a sunny summer day ends in disaster. While peeling a pear for her young son at the beach, Cora becomes increasingly agitated by the sound of a nearby couple’s boom box. She suddenly leaps into action and uses her knife to bring the tunes, and every nearby beachcomber’s blue-sky vibes, to a conclusive end. Having committed a very public murder, Cora seems content to face incarceration, so long as she isn’t asked any questions about why, exactly, she killed.

As Detective Harry Ambrose, Bill Pullman gets one too many notes of quirk to play. But his engagement with Cora’s case mirrors the viewer’s. He’s an appealing, chummy surrogate to lead us through a case whose darkness escalates by the moment.

Biel, whose more glamorous roles on the big screen haven’t always given her much to work with, is raw and compelling as a woman who is unable to decode her own instincts. We see, in flashback, an early childhood in which her oppressive, devoutly religious mother blamed her for family misfortune–it’s Stephen King’s Carrie, if the abused child’s power of telekinesis were substituted for a more earthbound power of self-erasure.

In the present day, Cora is disconnected from her own life, filled with an unintellectualized loathing. “I never thought I would have a normal life,” she tells her husband Mason (Christopher Abbott) after she’s been arrested. “And I did, I really did, and it’s because of you.” That may have been true early on, but what we see of Cora even before her crime is an obsessive, jittery figure. Her brokenness is obvious, even if she’s adept at covering some of her mind’s particular fissures.

It all adds up to a drama that’s strikingly filmed, gratifyingly smarter than it needs to be and–better still in an era of bloated episode counts–snappily paced. The Sinner has the zip of a good detective yarn. (The eight-episode miniseries is based on a novel by German crime writer Petra Hammesfahr.)

The show’s ambitions, though darker than past summer fare from USA, are as simple: to tell a satisfying crime story well. And Cora’s tearful answer to why she killed–“because they were playing that music, and they kept turning it up”–will have you doubly compelled. The real answer must be something fascinating if the lie is this unconvincing.

The Sinner airs on USA Network on Wednesdays at 10 p.m. E.T. 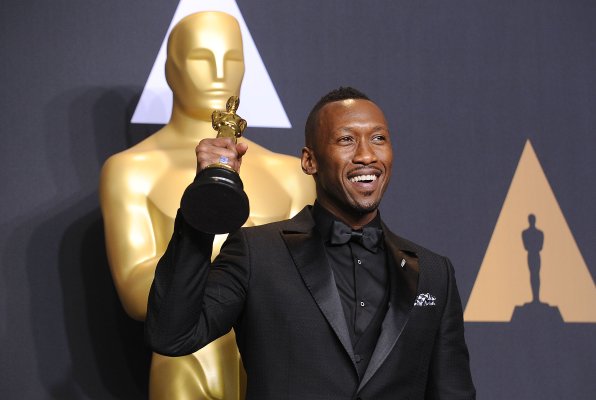 Mahershala Ali Set to Star in True Detective
Next Up: Editor's Pick