President of Poland, Andrzej Duda, makes a statement about changes in the judicial law and Supreme Court at Presidential Palace in Warsaw, Poland on July 18, 2017.
Mateusz Wlodarczyk—NurPhoto/Getty Images
By Ian Bremmer

Poland’s president Andrzej Duda vetoed a bid on July 24 by the ruling Law and Justice Party that would have crippled rule of law in that country by stripping its highest court of its independence. He may well have been motivated by the huge protests across Poland on this attack on judicial independence. But the ruling party and its chairman, Jaroslaw Kaczynski, will surely try to find new ways to ensure that judges do what the government wants them to do.

These events are part of a broader trend against liberal democracy that is playing out in all four of the so-called Visegrad countries–Poland, Hungary, the Czech Republic and Slovakia. For example, governments in these countries have publicly pledged to ignore an E.U. quota system on acceptance of refugees. Slovakia was the first to close the door, and Hungary followed suit. Duda, hero of the moment for wielding his veto, says he favors a referendum on the refugee question. He knows that Poles will vote to keep them out.

Under the E.U. quotas, the Visegrad group was expected to accept 11,069 refugees. So far, Slovakia has admitted 16, the Czech Republic has taken in 12, and Poland and Hungary have accepted zero. The European Commission has threatened penalties, including a reduced share of the E.U. budget, but the approach of those countries has proved popular domestically. Euroskeptic Andrej Babis is expected to win victory in the Czech Republic in October.

In Hungary, meanwhile, Prime Minister Viktor Orban has proudly labeled himself an “illiberal” democrat and reportedly spent nearly $13 million on a campaign to discredit financier George Soros, the Hungarian-born founder of Open Society Foundations, an NGO that champions human rights and rule of law. Orban is also pushing to shut down Budapest’s Central European University, which Soros founded.

None of these countries has yet descended to the depths reached by Turkey, just on the other side of the Black Sea from Eastern Europe. Since a failed coup last July, more than 50,000 people have been arrested, many of them simply for being critics of President Recep Tayyip Erdogan. Prosecutors are seeking up to 43 years in jail for 17 journalists and managers at a secularist newspaper that has been critical of Erdogan. Turkey’s government announced in June that the theory of evolution would no longer be part of the school curriculum. Evolution is “above the students’ level and not directly relevant,” the country’s Education Minister said. This from a country that remains a NATO member, though E.U. accession is looking less likely.

Even inside the West’s most powerful clubs, liberal democracy is under threat. Be skeptical that E.U. leaders can–or that the Trump Administration will–do much about it. 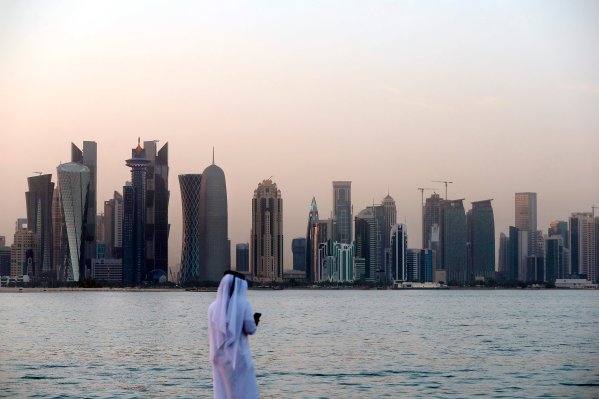 Qatar Settles In for a Long Standoff
Next Up: Editor's Pick