One Dead, Seven Injured After a Spinning Ride Malfunctions at the Ohio State Fair

One man has died and seven others injured after an amusement ride at the Ohio State Fair in Columbus malfunctioned Wednesday evening and sent people hurling through the air, officials said.

Three people remain in a critical condition in hospital Wednesday night, authorities said in a press conference according to the Associated Press. Initially, Battalion Chief Steve Martin of the city’s Fire Division said five people were critical with two others in a stable condition.

The Columbus Fire Division said the incident occurred at about 7:20 p.m. and resulted in people being thrown from the spinning Fire Ball ride, the Columbus Dispatch reports. It was the fair’s opening day.

The deceased victim was flung into the air and killed upon hitting the ground about 50 feet away, Martin confirmed.

Ohio Governor John Kasich said in a statement that he was “terribly saddened” by the incident and has “ordered a full investigation.” He has also “ordered that all fair rides be shut down until additional safety inspections can be completed.”

The Fire Ball ride involved in the incident is manufactured by Dutch ride maker KMG and is branded as an “aggressive thrill ride,” reports the Dispatch. The 24-seat ride swings like a pendulum — up to 120° with a maximum height of 20m — and revolves at a speed of 15 rpm, according to information from KMG’s website.

Read More: A Growing List of Accidents Is Putting Safety at Amusement Parks Under the Spotlight

Video captured by a bystander appears to show the ride swinging back and forth before a row of seats breaks off, throwing riders to the ground.

The Ohio State Fair is one of the largest in the U.S. and has been held annually since 1850. The organizers tweeted late Wednesday that they “are investigating [the incident] and will report information as available.” 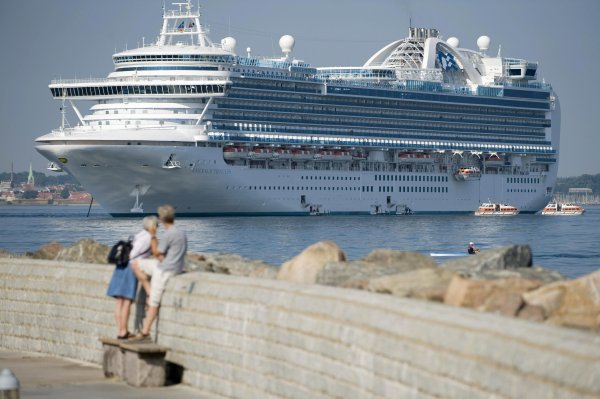 FBI Investigating Domestic Dispute That Led to Death Aboard an Alaska-Bound Cruise Ship
Next Up: Editor's Pick