Georgia Republican Congressman Buddy Carter defended President Donald Trump‘s criticism of Alaska Senator Lisa Murkowski Wednesday, saying the President’s tweet condemning her over her opposition to the GOP’s efforts to repeal Obamacare was justified and that someone needs go to the Senate and “snatch a knot in their ass.”

Speaking with MSNBC journalist Ali Velshi, Carter said it was “perfectly fair” for Trump to lambaste the Republican senator after she voted against a procedural motion to open up a debate on the GOP’s legislative effort to repeal and replace Obamacare on Tuesday.

“Let me tell you, somebody needs to go over there to that Senate and snatch a knot in their ass,” Carter said. “I’m telling you, it has gotten to the point where how can you say I voted for this last year, but I’m not going to vote for it this year.”

While the Republican health care bill was passed in the House in May, it has been struck down numerous times in the Senate, including another repeal plan without a replacement that failed on Wednesday. Carter aired his grievances with his Republican colleagues in the Senate, saying it was “extremely frustrating for those of us who have put so much into this effort.”

Murkowski was one of only two Republican senators, along with Susan Collins of Maine, to vote against Tuesday’s motion to proceed with debate. Trump noticed and publicly called out the Alaska lawmaker in a tweet the following morning.

“Senator @lisamurkowski of the Great State of Alaska really let the Republicans, and our country, down yesterday. Too bad!” the President wrote.

Murkowski responded later Wednesday, saying that “every day shouldn’t be about winning elections.”

“How about just doing a little bit of governing around here,” she added. “That’s what I’m here for.”

Carter is not the only Republican congressman to criticize female Republican senators in recent days. On Monday, Rep. Blake Farenthold (R-Texas) said “some female senators from the Northeast” — seemingly singling out Collins — were responsible for the Senate’s failure to pass the health care bill, according to the Associated Press.

And the expression “snatch a knot,” for what it’s worth, means “to hit someone, usually used in a threat of punishment or retribution,” according to Urban Dictionary’s top definition. Google searches for the term spiked Wednesday following its usage by Carter. 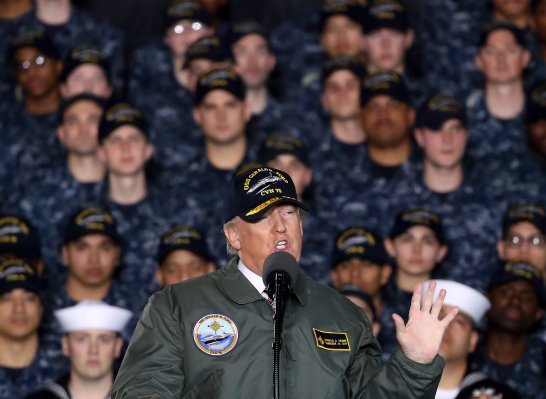