For decades, cable has roped in millions of customers like me with the promise of hundreds of channels and thousands of shows. But in my 15-plus years as a subscriber, there’s one thing I’ve watched most: my bill.

Every month I pay it, and every month I think of cutting the cord. The reason is that there’s never anything good on—unless you’re a fan of The Shawshank Redemption (which is probably on two channels at once), or one of the 19 shows based on storage units or pawn shops.

Years of this feeling has brought people like me to a slow boil and caused them to pull the plug on their pay television. In the last quarter, 527,000 subscribers cut the cord. In the three months prior, more than 750,000 people cancelled their accounts—the industry’s worst stretch yet. It seems the only things stopping the rest us from defecting are hassle, uncertainty and incentive.

And tech companies are on the verge of changing that.

Over the past year, streaming video services have become very popular—you’ve probably signed up for a couple yourself. In fact, in the past 12 months, Amazon Prime doubled its subscribers to more than 80 million accounts, even if many of those are just in it for the free shipping. Netflix, meanwhile, has more than 50 million accounts, and it’s not trying to sell you dog treats, batteries, and shampoo on the side. Those numbers are impressive, especially since there are currently 48 million pay television subscribers in the U.S.

Still, Netflix and Amazon, while great, aren’t true television alternatives. From Bosch to Bloodlines, they keep up with (and even outpace) the age-old, network-and-studio system when it comes to original content. But neither offer live programming yet (though Amazon has recently inked deals with the NFL and pro tennis’s ATP World Tour in the U.K.), which is key for news and sports coverage, cable’s biggest selling points.

Live streaming is worth watching

For streaming video to eclipse pay television, it needs to offer live broadcasts, a feat several new online services have recently achieved. They offer a mix of live channels with on-demand content and special features like cloud-based DVRs. So far, these services have received mixed reviews. But they’re still in their early days and worth watching.

For instance, YouTube TV is available in just 15 U.S. cities nationwide. (Sorry, Peoria. Maybe next time.) Meanwhile, services like Sling TV provide cutting-edge DVR services, but arcane rules govern what you’re allowed to record via the web. Popular networks like the Disney Channel and ESPN are off limits. And at launch DirecTV Now could bring you 120 channels, but curiously CBS wasn’t one of them. Until now: Stephen Colbert streaming fans rejoice, because earlier this month, DirectTV announced it’s added the Eye to its offerings. See? Things are looking better already.

Prices for the services vary too. You can pay as little as $20 or as much as $70 monthly for an account, depending on how many channels you want.

But streaming alone won’t be enough to make people change how they watch TV. Flashy new hardware also needs to play a role. Along those lines, gadgets like Amazon Fire TV, Apple TV and Google Chromecast are continually being improved to make grabbing everything from Saturday morning cartoons to a Friday night flick easier. Currently, more than 130 million streaming boxes, which generally cost $35 to $199, are in use. That’s almost three times the number of U.S. cable subscribers.

As popular as streaming boxes have become, it may be slick new screens like the recently released Element Amazon Fire TV Edition Smart TV that have the best chance of making us kiss our coaxial cables goodbye. Incorporating Amazon’s popular Alexa voice assistant technology, the 4K TV, which starts at $450, can do everything an Amazon Echo smart speaker can, and more—like changing the channel or playing your favorite movie using only your voice.

Of course boxes like Amazon Fire TV, Apple TV, and Roku Ultra also have voice control, but the Element lets you simply give a voice command to switch to programming picked up by a digital antenna, a low-cost piece of hardware that lets thrifty TV fans watch local stations, free of charge. It’s also worth noting that cable bills its customers for access to these major networks, even though they’re broadcast over-the-air for free.

People upgrading to televisions like Element’s Fire TV ought to scare cable companies more than anything because they address all the issues keeping customers locked in to cable. Using Alexa for voice control on the Element TV makes switching inputs a breeze—just speak “Switch to HDMI 2” at the remote control, and you’re there. Its interface integrates with an over-the-air antenna and eliminates the uncertainty of losing precious local programming. And Alexa’s skills are cool, providing the ability to turn on smart lights or read news reports aloud—the kinds of incentive that’ll make longtime cable subscribers like me leap headlong into a cable-free unknown.

The cable is out

Don’t cry for the cable companies, they’ve brought this television apocalypse upon themselves. Because people are cutting the cord, the companies’ profits (and their payouts to programmers) have withered. To make up for this lost money, they’ve raised prices on people like me who’ve stuck around.

ESPN is the perfect illustration of this vicious cycle. The Disney-owned network has lost about 12 million subscribers since 2011. Meanwhile, the licensing fees it pays to cover sports leagues have soared. To cover the difference, the company laid off employees to cut costs and raised the rates it charges television operators for its programming. Cable companies pass those costs on to subscribers like us, leaving us to wonder if the extra spend is worth it. That’s ESPN, one of the biggest names in television; smaller channels might just go out of business. (It’s worth noting that Disney isn’t taking this lying down. Last week the Mouse House announced it will do a little cord cutting itself, offering ESPN- and Disney-branded streaming services of their own starting in 2018.)

It’s a numbers game for everyone involved. Should I cut cable, buy a new television or streamer, and subscribe to a gaggle of streaming services instead? For me, the decision comes down to this:

Comcast brags that the package I subscribe to has more than 220 channels. Of those, at least 115 are broadcast in standard definition—which means they look terrible on my high-definition television, so I don’t watch them. Of the channels that remain, only 18 hold my interest. Subtract the four over-the-air networks that I could watch for free, and that number dwindles to 14. So I pay roughly $95 for just over a dozen stations. It’s just not worth it.

In The Shawshank Redemption, cable TV’s perennial rerun, Red said of Andy, “Every man’s got a breaking point.” My next cable bill may be mine. 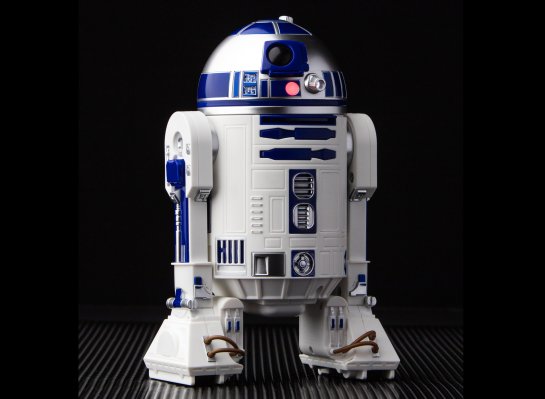