President Donald Trump’s series of tweets announcing a ban of transgender people from the U.S. military was at once explicit and totally unclear.

The commander-in-chief didn’t mince his words in describing his plans to bar transgender people from serving “in any capacity.” But while it’s clear that enrollment will no longer be a possibility should the order hold up, no one knows what’s going to happen to transgender soldiers already serving in the armed forces.

A White House spokesperson refused to comment on the future of transgender troops currently serving in the military when asked by the Associated Press.

Press Secretary Sarah Huckabee Sanders in her Wednesday briefing said the White House and Defense Department would work together to implement the “military decision,” but did not provide a timeline for the process.

In a statement to TIME, Navy Captain and Pentagon spokesman Jeff Davis referred all questions on the matter back to the White House.

“We will continue to work closely with the White House to address the new guidance provided by the Commander-in-Chief on transgender individuals serving the military,” he said. “We will provide revised guidance to the Department in the near future.”

The RAND Corporation, a nonprofit think tank that offers research and analysis to the U.S. armed forces, estimates there are somewhere between 1,320 and 6,630 transgender people on active duty in the military. Another 830 to 4,160 are estimated to be serving in the reserves.

For now, the future of those troops remains uncertain. 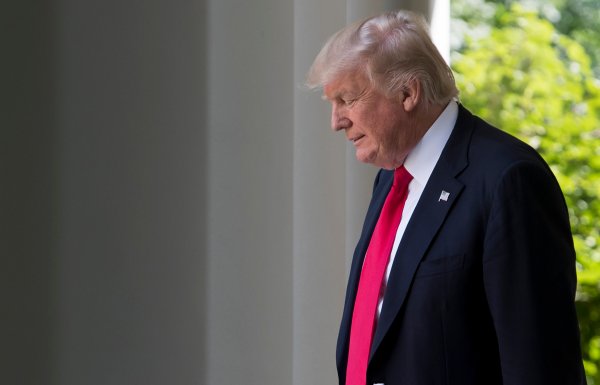 Doctors: Banning Transgender People From Military Service Is Not 'Medically Valid'
Next Up: Editor's Pick