The Staggering Statistic Threatening Your Retirement

Better health and unprecedented longevity, coupled with inadequate savings and a tedious social safety net, have been the main drivers reshaping the retirement landscape the past decade or so. But rising personal debt later in life has played a pivotal role too, contributing mightily to the need for people to work longer.

More Americans between the ages of 56 and 61 are carrying more debt than anytime in recent history, according to a paper from the Retirement Research Center at University of Michigan. Traditionally, retirement has been a period without a mortgage and few debts. Large regular interest payments while on a fixed income can become a tremendous burden.

Citing rising indebtedness among those on the doorstep of retirement, the paper says pre-retirees “would be very likely to feel the burden of sizeable monthly debt repayments, and to carry debt into retirement.” For many this will include a mortgage, forcing ever-greater numbers of people to work in retirement—an oxymoron that will be with us for the foreseeable future.

Dozens of surveys show that vast numbers of people expect to work at least part-time well past the age of 65. Last fall, the Associated Press and NORC Center for Public Affairs Research at the University of Chicago found that 82% of working Americans 50 or older say it is likely or very likely that they will do some work for pay after leaving their career.

“The survey illuminates an important shift in Americans’ attitudes toward work, aging, and retirement,” Trevor Tompson, director of the center, said. “Retirement is not only coming later in life, it no longer represents a complete exit from the workforce.”

Much is made of our longer lives and how little we have saved. Men are living 11 years longer and women are living 12 years longer than just 40 years ago, requiring greater savings or guaranteed lifetime income. Yet nearly 40% of workers age 50 and older have saved less than $100,000, not including pensions or homes; and 24% have saved less than $10,000, the AP-NORC survey shows. The staggering debts we now carry into our 60s only compound the problem.

Among the most indebted pre-retirees, average borrowing among the top 25% rose from $50,000 to $117,300. The top 10% of borrowers at this time of life now carry an average of nearly $260,000 of debt. Such sums typically cannot be wiped out quickly. Studies have shown that roughly half of people aged 65 to 74 are still making a mortgage payment while a third carry a credit card balance and a quarter have some kind of installment loan.

This debt takes a toll beyond pushing people to work longer. As early as age 60 people tend to start making poorer financial decisions, which result in higher fees and interest rates that add to their financial problems. All of this contributes to an epidemic of elders filing for bankruptcy: the filing rate of those past age 65 is the fastest-growing segment—jumping from 2% in 1991 to more than 6% in 2007.

Thankfully, working longer has many benefits that go beyond your pocketbook because you’re probably going to live a long time and no one is going to fix the fraying social safety net anytime soon. The thing we are most empowered to change—personal debt levels—is pushing us that way too. 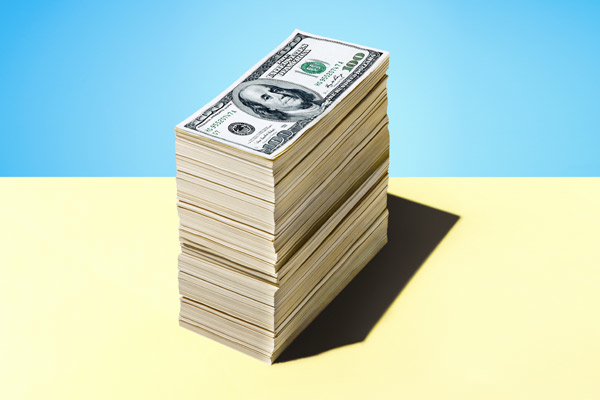 More Proof Americans Think It's a Great Time to Retire
Next Up: Editor's Pick