A U.S. association of physicians spoke out against President Trump’s ban on transgender individuals serving in the military, which he announced on Wednesday.

The American Medical Association said that transgender people should be allowed to serve in the military.

President Trump tweeted that transgender people will not be able to serve in the military “in any capacity,” reversing a policy enacted last year under President Barack Obama that allowed them to serve openly. He cited “tremendous medical costs” for transgender service members as a burden on the U.S. military.

But a 2016 RAND Corporation study, commissioned by the Department of Defense, found that expanding medical coverage to include care for transgender service members would cost an average median of $5.4 million — a small amount considering that total active-component health-care spending adds up to $6 billion every year.

The financial cost of healthcare for transgender individuals “should not be used as an excuse to deny patriotic Americans an opportunity to serve their country,” Barbe said.

“We should be honoring their service — not trying to end it,” he said. 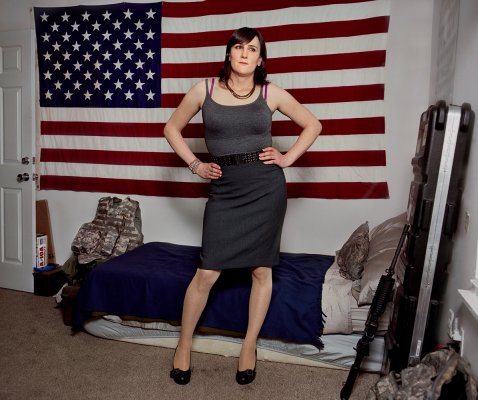 Transgender Veterans Blindsided by Trump’s Ban
Next Up: Editor's Pick