When President Donald Trump sent a series of tweets Wednesday morning announcing that transgender people would no longer be able to serve openly in the military, waves of shock and sadness struck the transgender community. Some of those who reacted most intensely were transgender veterans, many of whom had to hide their gender identity while in uniform and had come to hope that they were the last generation who would have to do so.

“Transgender people are already serving in the military. We’ve always been here,” says Sasha Buchert, an attorney and a transgender woman who served as a scout sniper in the Marine Corps in the 1980s. “It’s an insult to transgender service members to refer to them as distractions. We are people who are willing to lay down our lives for this country.”

In his tweets, Trump said he decided not to “accept or allow” transgender people to serve in the military “in any capacity” because doing so would cause “disruption.” He also expressed angst over the medical costs of providing soldiers, sailors, Marines and other military members with transition-related care. Though there is no exact figure showing how many transgender people are currently serving, estimates range from about 5,000 to nearly 10,000. A 2014 study from the Williams Institute estimated that there are about 150,000 transgender individuals who have served or are currently serving.

One of them is Alaina Kupec, who followed in her father’s and brother’s footsteps by joining the Navy in the 1990s, after leading her ROTC battalion in college. “There are so many transgender people who have served in silence like myself,” says Kupec, now a director of marketing at Pfizer. Kupec previously served as an intelligence officer, briefing pilots before they flew on missions to places like Bosnia and Iraq. “My heart hurts for those sailors and soldiers around the world who are transgender, who have been giving themselves to this country and have had their careers swept out from underneath them with one careless tweet,” she says.

Knowing that she could be discharged if she were open about her feelings of being a woman when she had joined the military as a man, Kupec says that she made the decision not to reenlist after four years. The ban “forced me to make a choice I wouldn’t have otherwise made,” she says. A member of an FA-18 squadron, Kupec says that her gender status had no bearing on her ability to provide information to pilots on which they depended in order to “come home alive.”

Kupec was awarded two medals for leadership during her time on active duty. “The least of anyone’s concerns should be the gender of the person they are serving beside,” she says, noting that transgender troops can serve openly in countries such as Israel and the United Kingdom.

Some transgender veterans argue that Trump’s decision to tweet out a major military policy change will cause more disruption than transgender troops have since Obama ended the ban on their open service last year. They say that the move will confuse commanders who are currently overseeing troops who have come out since that time, as well as transgender troops who are currently deployed overseas. At this point, it is not clear how Trump’s decision will affect the status of transgender Americans on active duty.

“It will disrupt our ability to conduct our mission far more than simply providing medical care,” says Brynn Tannehill, who served as a lieutenant commander who flew helicopters and marine patrol craft in the Navy. “Why are we doing this to people who are doing their jobs today, who want to do their jobs and can do their jobs? This is a disservice to people who just want to serve their country.”

Veterans also argue that Trump’s move will have a chilling effect on LGBTQ people who would otherwise consider a military career. “Trump is not only banning Americans who want to serve, he is discriminating against a minority group who has been having to hide their gender issues in the service,” Madeline Martinez, a former Army infantry member, told TIME via text message. “He is telling the world that transgender individuals in America do not have the same rights as most of the American public.”

Buchert, who now works at LGBTQ advocacy group Lambda Legal, says that she and other advocates are ready to challenge any “step backward” for transgender people who want to serve in the military. It’s unclear how that battle might unfold. “Legally, it’s hard to address changes of policy that come through social media,” she says. But, she adds, “Trans people aren’t going away, and we will beat back these attacks on our community.” 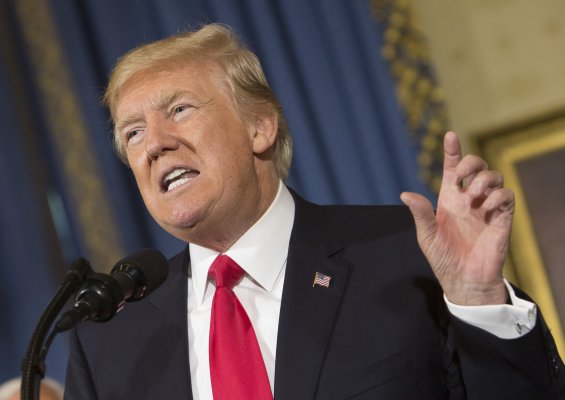 Here's What Transgender Service Members Actually Cost the Military
Next Up: Editor's Pick