What to Know About the Massive Cholera Outbreak in Yemen

Yemen is currently experiencing the worst cholera outbreak in history, and health experts warn that the disease is not under control. Here’s what you should know about the issue.

Cholera is a bacterial disease characterized by diarrhea and extreme dehydration. Every year, up to 5 million cases occur worldwide, and 100,000 people die from the disease. Typically the infection is relatively mild, though it can be severe, especially without rapid treatment. About 10% of people infected will have a severe form of cholera, with symptoms like vomiting, diarrhea and cramping. This can lead to dehydration and shock. If cholera is not treated quickly, people can die within hours.

A person can get cholera by drinking water or food that has been contaminated with the bacterium Vibrio cholerae. During a large outbreak, experts say the source is usually the feces of an infected person that has contaminated drinking water and food. Places with weak sanitation and inadequate water treatment are at a higher risk for cholera. There is a vaccine for cholera, but it is not always regularly distributed in areas already afflicted. Though 1 million doses of the vaccine had been set aside from a global stockpile for Yemen, the delivery was recently suspended. “In an outbreak setting, the impact of [oral cholera vaccine] is greatest when used to protect communities that are not yet affected…There are few such areas in Yemen now,” a WHO spokesperson told Science Magazine.

What is happening in Yemen?

Yemen is experiencing an outbreak of “unprecedented scale,” according to the World Health Organization (WHO). Since April, more than 400,000 people have been infected, and close to 2,000 have died. More than 5,000 Yemenis are estimated to contract the disease, or have symptoms of cholera, on a daily basis. Children under age 15 account for more than 40% of all cases, and people over age 60 make up a third of all deaths from the disease.

Why has it gotten so bad?

“This outbreak is being driven by conflict, the collapse of the basic public services and malnutrition,” said WHO director general Dr. Tedros Adhanom Ghebreyesus in a statement to the U.N. Security Council in July.

Two years of civil war in the country has spurred the spread of disease and made stopping it substantially harder. Bombings have destroyed critical infrastructure; about half of the country’s medical facilities have been closed or destroyed due to air strikes. WHO estimates that about 15 million people are without access to basic health care, and a similar number do not have regular access to clean water and sanitation, which compounds the problem. There is also a shortage of doctors and health care workers. Many have fled the country, and an estimated 30,000 local health workers who are working on the epidemic haven’t been paid in nearly 10 months.

Rising rates of malnutrition have also made children even more vulnerable to the disease. United Nations officials have described the conflict as the “world’s largest food security crisis,” with 17 million Yemenis considered food insecure.

How is cholera treated?

Cholera is prevented by replacing fluids, often with oral rehydration solutions. These are a mixture of sugars and salts that can be added to water to be consumed by a person who has been infected. Some cases may also need intravenous fluid, and antibiotics can also shorten the duration of the disease. Lack of access to clean water and few established health care resources make treatment more difficult in Yemen.

What is the international response?

WHO has sent hundreds of thousands of bags of intravenous fluids to the country since April. The organization has also provided 525 beds with cleaning supplies and 112 kits for treating cholera. In partnership with UNICEF, WHO has established 2,924 diarrhea treatment beds as well as several oral dehydration therapy areas. Still, the number of treatment beds is 40% short of the 5,006 planned beds.

In his statement to the UN Security Council in July, Tedros of WHO said that donors that have agreed to provide funding to the crisis need to fulfill their promises and do so in a flexible manner so that health workers can be paid. “WHO, UNICEF and partners are doing all that we can to save lives and support the health system,” he said. “But without peace, there will be no end to the suffering of the people.” 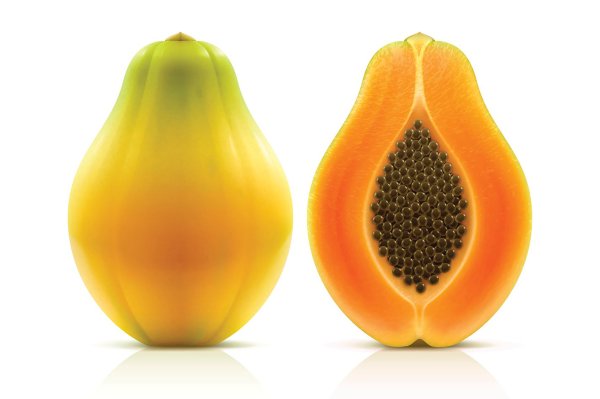 Deadly Salmonella Outbreak Linked to Papayas
Next Up: Editor's Pick