Adobe Flash Will Be Dead in 3 Years, and It's About Time

The Adobe logo is displayed on the side of the Adobe Systems headquarters January 15, 2010 in San Jose, California. Adobe Systems has added 20 new wind turbines to their rooftops in an attempt to harness wind energy to help power their offices.
Justin Sullivan—Getty Images
By Lisa Eadicicco

Adobe is finally killing off its Flash plugin, the company announced in a blog post on Tuesday.

The firm will stop updating and distributing the technology at the end of 2020. Until then, Adobe says it’s “fully committed” to working with partners like Apple, Mozilla, Google and Microsoft to ensure Flash remains secure and compatible with all existing content. The company is encouraging businesses that use Flash to begin migrating their websites to other platforms.

Adobe Flash was pivotal in enabling early websites to run videos and online games. But as the web has evolved, and as standards such as HTML5 have become standard across most modern websites, there’s little need for it. Perhaps Flash’s most vocal adversary was the late Apple co-founder and former CEO Steve Jobs, who publicly explained in 2010 why he chose not to add support for the plugin to Apple’s mobile devices.

Adobe’s decision isn’t surprising, especially since major web browsers have already begun moving away from Flash. The version of Safari in macOS 10 has Flash turned off by default. Earlier this year Google began disabling Flash in Chrome, requiring that individual websites prompt users to run it on a site-by-site basis. Microsoft also made a similar announcement about its Edge browser toward the end of last year.

The death of Flash has been a long time coming, and the full migration to HTML5 will likely result in more secure experiences and longer battery life. Just last April, Adobe had to issue a security update to Flash to address a critical vulnerability that left users susceptible to ransomware.

Jobs sums it up best in his open letter on Flash: “Flash was created during the PC era – for PCs and mice,” he wrote. “But the mobile era is about low power devices, touch interfaces and open web standards – all areas where Flash falls short.” 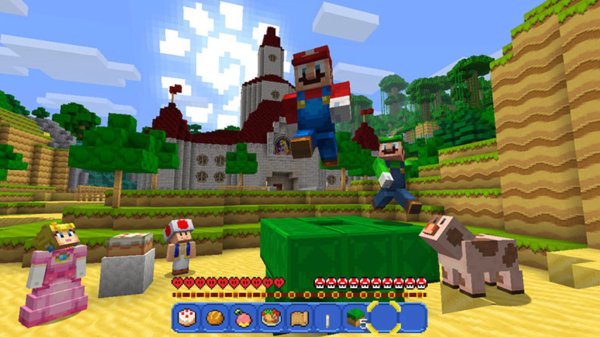 Why Minecraft Can Do 1080p On Nintendo Switch
Next Up: Editor's Pick