The widow of an NYPD officer gave birth to a baby girl conceived nearly three years after his death — using sperm preserved from her husband.

Pei Xia Chen welcomed Angelina on Tuesday. The baby’s father, Officer Wenjian Liu, 32, was shot and killed on Dec. 20, 2014 along with Officer Rafael Ramos, 40, as they sat in a patrol car.

On the night of the shooting, Chen asked for her husband’s semen to be frozen, according to the New York Daily News. The couple was married for three months before his death.

Liu’s mother told the Daily News that Angelina was “like an angel, like my son is an angel. I’m just so happy.”

According to police, Chen had a dream the night of her husband’s death in which he handed her baby girl.

Chen attempted to get pregnant, but didn’t tell her in-laws that she was pregnant, the Daily News reported.

“She kept trying, but she was worried about them worrying about her,” Susan Zhuang, chief of staff for Assemblyman William Colton, told the outlet. “So she didn’t tell them until it was successful.”

Xiu Yan Li, Liu’s mother, told the Daily News that her granddaughter looks like both of her parents. 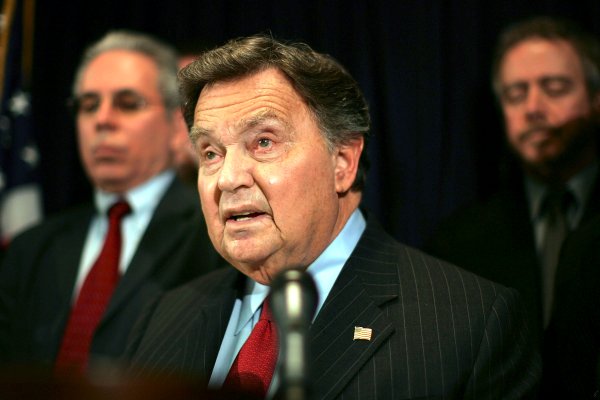