Mark Miccio, Mark Miccio, Matt Miccio and Steve Miccio pose for a photo with an 926-pound Mako shark at Hoffmann Marina in Brielle, N.J., on July 22, 2017. Environmental officials say it's the biggest shark catch in the state's history.
Jenny Lee Sportfishing via AP
By Kate Samuelson

A 12-foot-long, 926-pound mako shark was reeled in by a fishing crew in New Jersey, and officials say it’s the biggest shark catch in the state’s history.

The crew were fishing in an area known as the Hudson Canyon on July 21 when they caught the shark, which took more than two hours to get on board. The shark was weighed and displayed in Brielle later that day, the Associate Press reports.

“At about 11, the shark rod goes screaming,” wrote one member of the crew on Facebook. “After about an hour and a half of backing down, we had the fish gaffed boat-side. That was the easy part; it took another hour and six guys to get the 12′ 926 pound mako through the tuna door. Fish of a lifetime to say the least.”

The Facebook post sparked considerable debate, garnering more than 250 comments. While most people applauded the crew for the record-breaking catch, others were quick to question the meaning of the kill. “So you gaff it and kill it? What’s the point of killing a fish you won’t eat. Seems stupid to me. This is why our shark populations are dwindling,” wrote one social media user.

But another was quick to come to the crew’s defense. “Great job captain,” wrote Nick Neuberg. “Dave and crew, fish of a lifetime for sure. As for the negative Nancy’s [sic] on here… mako is great [for] eating and I’m positive it won’t go to waste.” 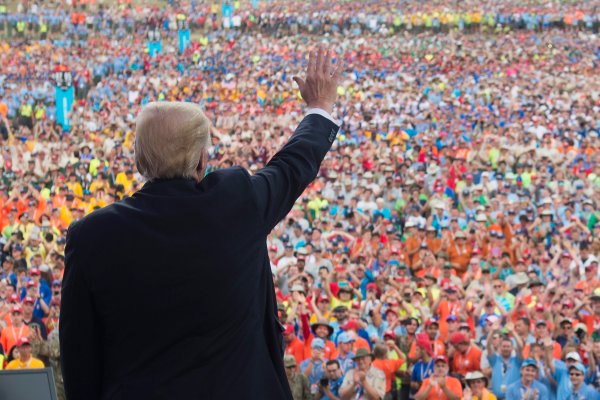