Being Neurotic May Help You Live Longer

Neuroticism isn’t generally considered a desirable attribute, and many studies have linked the personality trait to poorer health and an increased risk of mental disorders. But a new study in Psychological Science suggests that for some people, neurotic tendencies may actually reduce the risk of dying early.

The new paper analyzed data from more than 500,000 people in the UK, ages 37 to 73, who answered questions about their lifestyle behaviors, medical conditions and how healthy they felt. They also completed a personality assessment to measure levels of neuroticism. Neurotic people are more likely to experience negative emotions, such as irritability, frustration, nervousness, worry and guilt.

Participants were followed for about six years, and researchers found that higher levels of neuroticism were associated with a slightly higher risk of death over the follow-up period.

The counterintuitive findings came when the researchers broke down their results by self-reported health status. Among people who said their health was less than ideal, those with higher levels of neuroticism had a slightly reduced risk of death—from all causes and from cancer specifically—compared to those with lower levels.

“Our findings show that the relationship varies depending on how people rate their health,” said lead author Catharine Gale, a faculty member at the University of Edinburgh and University of Southampton, in an email. “If people rated their health as excellent, then being high in neuroticism had no relationship with their risk of death. But among people who rated their health as fair or poor, being high in neuroticism seemed to have a small protective effect against dying prematurely.”

The researchers also found that people who scored the highest in a neurotic tendencies related to worry and vulnerability had a lower risk of death, regardless of their self-reported health. This subset of people tended to answer “yes” to questions like, “Are your feelings hurt easily?”, “Are you ever troubled by feelings of guilt?”, and “Do you worry too long after an embarrassing experience?”

Although the study wasn’t able to test for this, Gale says that neuroticism may drive people to see their doctors and use health-care services more often—which could plausibly result in earlier diagnoses and more effective treatments of diseases like cancer. (This concept of “healthy neuroticism” isn’t entirely new, the authors wrote on their paper; it was first proposed in 2000.)

Being neurotic did not, however, affect people’s tendencies to engage in unhealthy habits, such as smoking, excessive drinking, being sedentary or following a poor diet. “We had thought that greater worry or vulnerability might lead people to behave in a healthier way and hence lower their risk of death, but that was not the case,” Gale says.

The links between neuroticism and death rates also remained consistent regardless of whether or not people had diagnosed medical conditions, which also surprised the researchers.

Gale says the study’s large sample size—“far bigger than any previous study that has examined the relationship between neuroticism and the risk of death”—allows the researchers to have confidence in their findings. But she says there’s not enough evidence to declare that neuroticism is always a good thing. After all, the majority of evidence still suggests that positive emotions are better for health overall.

“There are disadvantages to being high in neuroticism, in that it makes people more prone to experience negative emotions,” she says. “But our findings suggest it may have some advantages too…for some individuals, it seems to offer some protection against dying prematurely. We now need to discover why that is.” 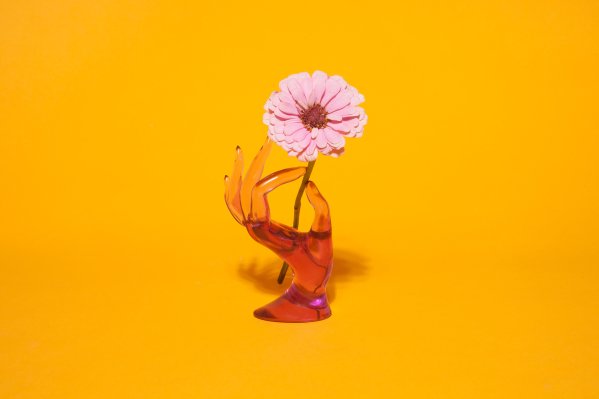 Being Generous Really Does Make You Happier
Next Up: Editor's Pick