Speaking at the National Scout Jamboree on Monday, President Donald Trump criticized his predecessor Barack Obama for failing to attend the Boy Scouts of America event during his eight years in office.

“By the way, just a question, did President Obama ever come to a Jamboree?” Trump said, eliciting a series of boos from the crowd. “And we’ll be back. We’ll be back. The answer is no. But we’ll be back.”

Trump was correct that Obama never attended the Jamboree in person. But Obama did record a video message for the 2010 Jamboree, which marked the Boy Scouts’ centennial celebration.

In that message, Obama highlighted the role the Boy Scouts had played in America’s history. He also praised the leadership skills the organization seeks to instill in its members.

Here is the full transcript of Obama’s video message to the 2010 National Scout Jamboree: 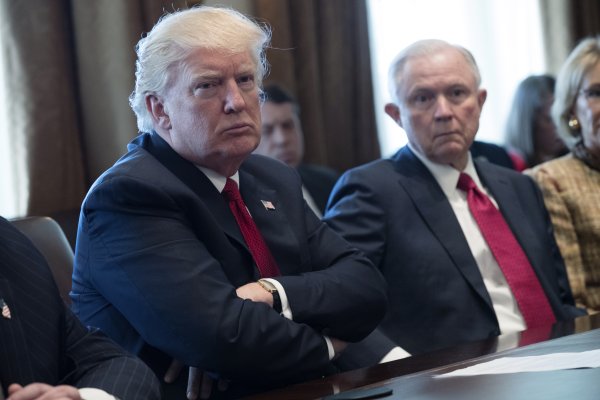