Former Speaker of the House John Boehner doesn’t have an optimistic outlook on the future of the Republican health care bill currently stalled in the Senate.

At a business gathering in Las Vegas last week, the retired Ohio congressman said that Republicans will “never” repeal and replace Obamacare because “the American people have gotten accustomed to it,” according to video footage obtained by the Washington Post.

“Here we are, seven months into this year, and yet they’ve not passed this bill. Now, they’re never — they’re not going to repeal and replace Obamacare,” Boehner told the private crowd on July 21. “It’s been around too long. And the American people have gotten accustomed to it. Governors have gotten accustomed to this Medicaid expansion, and so trying to pull it back is really not going to work.”

The Republicans’ best shot, Boehner said, was to gradually reduce aspects of the legislation over the next few months, focusing on tax provisions, regulations and the end of health insurance mandates.

The Senate on Tuesday will vote on a procedural measure to continue their push to repeal and replace Obamacare following several failed attempts in recent weeks. It remains unclear what shape the bill will take should the motion garner enough votes.

Boehner has mostly stayed out of the public eye since leaving Congress two years ago, but he was full of commentary on Donald Trump’s presidency thus far, offering a number of suggestions to his party associate. While Boehner called Trump a “friend of mine,” he suggested the President “quit tweeting” and refrain from attacking the media.

“It may have worked during the campaign. But I think he would do himself well if he would just slow the tweeting down and just focus on what he’s doing and not being critical,” he added. 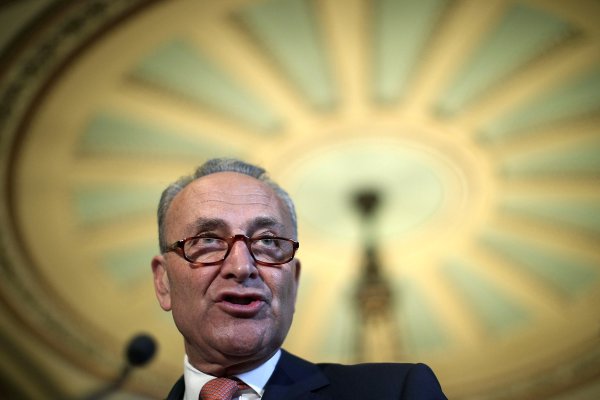 The First Thing Democrats Must Do to Fix the Economy
Next Up: Editor's Pick