This New Android Phone Has an Unbreakable Screen and Two Cameras

If you often fumble with your phone, or worse, have dropped it and cracked the screen, Motorola is hoping its new phone will be for you. The company announced its new Moto Z2 Force phone on Tuesday, which comes with an ostensibly durable screen, two rear cameras and a magnetic connector for attaching accessories. The phone will be available on all major U.S. carriers starting at $30 per month, with preorders beginning Tuesday ahead of its August 10 launch.

The phone’s 5.5-inch screen includes Motorola’s ShatterShield technology baked in, which the company claims makes it impervious to fractures and shatters. This isn’t the first time Motorola has made such claims — the phone’s predecessor also came with the same type of protection. Motorola dropped the older Droid Force on a concrete block during its unveiling in 2015 to prove that it wouldn’t break.

Otherwise, Motorola’s new phone shares a few traits with the Essential phone, made by Android creator Andy Rubin. Like the Essential phone, Motorola’s device will come with two rear-facing cameras, one with a color sensor and the other monochrome. Each camera will have a 12-megapixel sensor, while Essential’s packs 13-megapixels. Motorola says the dual camera arrangement will make it possible to add blur to the background or foreground of an image, an effect we’ve seen in the iPhone 7 Plus’ portrait mode.

The Moto Z2 Force, like the older Moto Z, will also include the Moto Mods port for connecting accessories specifically designed for the phone. Motorola has unveiled new Moto Mods in recent months, including one that turns the phone into a handheld gaming console and a wireless charging shell. On Tuesday, the company announced another new add on: a $300 360-degree 4K camera attachment. Essential sells a similar attachment for its own phone, which costs $200. And like many flagship Android phones, including Samsung’s Galaxy S8, the Essential phone and OnePlus 5, the Moto Z2 Force is powered by Qualcomm’s Snapdragon 835 processor.

All told, the Moto Z2 Force would seem to offer modest but notable improvements over its predecessor. It also appears to be a solid alternative to the Essential phone, which will only be available through Sprint at launch. 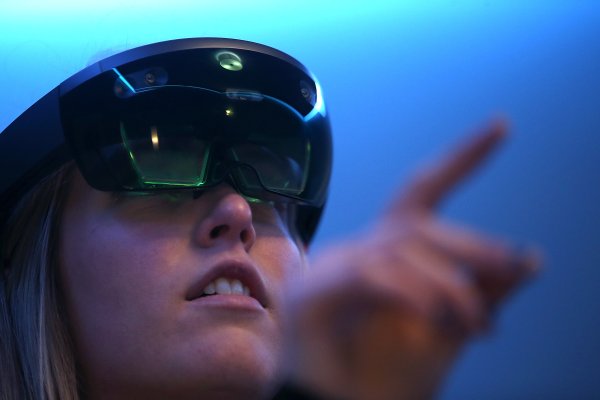 A Smart Headset War Could Revolutionize the Workplace
Next Up: Editor's Pick