The Senate is expected to vote today on a motion that could begin the debate over repealing the Affordable Care Act. Sen. John McCain, who last week announced he’s been diagnosed with brain cancer, said he will return to Washington to participate. President Donald Trump tweeted it would be a “very interesting day” for health care.

Trump relived his election-night victory during a speech at the 2017 Boy Scout Jamboree in West Virginia, where he told thousands of Boy Scouts how his win last November left people speechless. The President dove into politics despite starting his speech by saying, “Who the hell wants to speak about politics in front of Boy Scouts?”

Salmonella outbreak is tied to papayas

A deadly salmonella outbreak that has infected 47 people in a dozen states has been linked to papayas, federal health officials said. Since May, it has seriously sickened 12 people and has been linked to a death in New York City.

The driver of a tractor-trailer full of immigrants that was found in Texas was charged in 10 deaths.

Jared Kushner is returning to Capitol Hill for a second day of closed-door Russia interviews.

The parents of critically ill baby Charlie Gard have given up their legal battle over an experimental treatment in the U.S.

People are stalling their divorces so they don’t lose health care.

A baby killer whale, the last to be born in captivity at SeaWorld, has died. 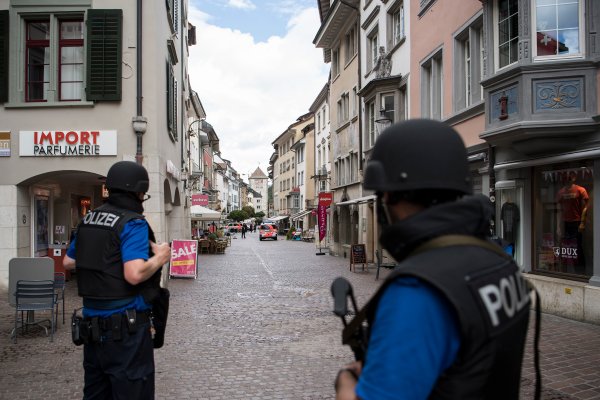