Nicolas Cage has long been the subject of many a hilarious meme online, but thanks to a recent photo taken of him during a trip to Kazakhstan, it appears that his lifespan as a meme has been renewed once more.

The Academy Award-winning actor was photographed standing next to the First Lady of Kazakhstan, Sara Nazarbayeva, while sporting a traditional Kazakh robe and topper which he accessorized with a blank stare, a combination that nearly made the Internet lose its collective minds.

While Cage was in the country for the opening of the 13th annual Eurasia International Film Festival in Astana, his photo was already making the rounds on the web, with social media sparing no jokes when it came to the latest meme inspired by the actor.

One Twitter user found stating the obvious was caption enough for the photo.

While another found the photo a fitting opportunity for a new movie plot.

Others saw the image as a fitting foil to our generation’s cultural icons.

It made some people very happy. 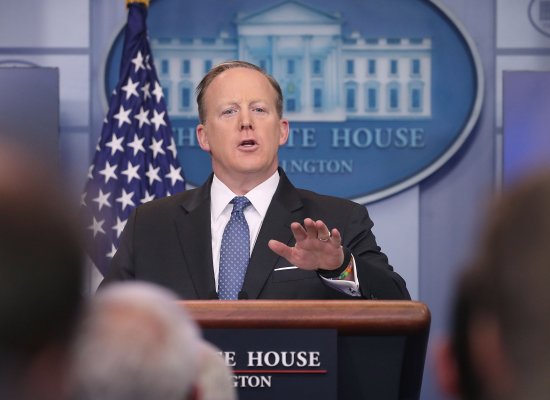 We'll Always Have These Sean Spicer Memes
Next Up: Editor's Pick