In Britain, a Softer Brexit Is Beginning to Seem Inevitable

The general election in Britain in June hasn’t removed Prime Minister Theresa May from office — yet — but it does seem to have softened the government’s stance when it comes to leaving the European Union.

Britain’s ‘Brexit’ referendum split the country almost perfectly in two last summer, with a narrow majority voting to leave the bloc. For the best part of a year afterwards, the “Brexiteers” who argued to leave had a discernible spring in their step. Despite having wanted to remain in the E.U., May adopted their agenda with gusto. In January, she ruled out staying in Europe’s lucrative Single Market and the Customs Union.

This so-called “hard Brexit” is exactly what Brexiteers wanted: remaining within the Single Market would have meant continued untrammeled immigration – or ‘freedom of movement’ – from the E.U. The Customs Union sets a common external tariff on goods imported from outside the E.U., undermining Britain’s opportunity to negotiate its own trade deals from the U.S. to Australia. To Remainers, this position spells doom. They fear the economic consequences of a sudden, sharp Brexit when the U.K. formally leaves the E.U. in March 2019, without any kind of transitional period to allow businesses and consumers to adapt to the new circumstances.

But then May made the staggering political miscalculation to call an election. After a disastrous campaign filled with policy u-turns and stumbling performances, May lost her majority and now only governs with the conditional support of Northern Ireland’s small band of Democratic Unionist Party lawmakers.

As Parliament broke for summer recess last week — and as Brexit Secretary David Davis concluded the first round of talks with E.U. negotiators — it was Remainers in Westminster who were all smiles. The election, they say, has quashed the case for a hard Brexit. In almost every Government utterance they spot concession. In particular, they note Chancellor Philip Hammond’s ongoing push for a lengthy “implementation period” post-Brexit to keep the economy stabilized and to avoid a “damaging cliff edge” for businesses.

Nicky Morgan, a Conservative Remainer who chairs the powerful Treasury Select Committee, says this is being accepted as the new reality. “Big organisations have been pushing for this transitional period,” she says, noting a meeting held with prominent British business figures last week. “Since the election it’s even more widely accepted. This would have to last two to five years.”

A senior Government source accepts “the mood music” is moving towards a fairly lengthy period of time set out for implementation and adds: “The business event shows we don’t want a cliff edge … We haven’t looked at an implementation phase into terms of a length or date, because this doesn’t have to be the same for every part of Brexit. It depends on our negotiations with the E.U., but watch out for something in the coming months.”

The public also seems to be growing more attached to the Single Market. An Ipsos Mori poll published on Monday shows continuing access to the Single Market is now the public’s major concern in negotiations with the E.U.’s divorce team, not immigration control – the issue that so dominated the referendum only 13 months ago.

Some even say an “exit from Brexit” is possible, such as Vince Cable, leader of the pro-E.U. Liberal Democrats party. Cable tells TIME the legal position to do this is not clear, given the government started two-year fixed Brexit negotiations in March by triggering what is known as Article 50. “There is a chance, but it’s not simple,” he says. “There’s a widely held belief that if the British find this [Brexit] isn’t worth a candle and would cause too much havoc, then [Britain could remain within the E.U]. and other E.U. members would probably welcome it. But the longer this process goes on the more irrevocable the situation becomes.”

Jonathan Edwards, a lawmaker with the similarly pro-E.U. Plaid Cymru Party, argues the electorate is starting to realise the Leave campaign was built on “toxic lies and fantasy”, such as claims the cherished National Health Service would be boosted by £350m ($456.5m) a week through Brexit. “If the economy crashes next year, all bets are off [on Brexit happening],” he argues.

Euroskeptics are frustrated by such claims. John Redwood, a former Conservative leadership candidate, blames the media, saying the Remain side is “very good at briefing the press and the press like these stories.” Peter Bone, a Conservative lawmaker, believes a lack of leaks on the substance of the negotiations has “left a vacuum” for media reports of a soft Brexit.

But former minister Andrew Percy sighs that most Leavers have always been “relaxed” about a short transition period. “Remainers are trying to eke out some sort of victory,” he argues. “It’s stupid.” Liam Fox, Britain’s International Trade Secretary, has said a transition period might last until the next general election, due in 2022.

The people who led the various Leave campaigns last year say this is a slight change of tack rather than a major concession. Matthew Elliott, who was chief executive of Vote Leave, says: “I’m not sure this is a softer Brexit, but it is business/economy focused rather than immigration.” Alex Deane, who ran the Grassroots Out! Leave campaign adds: “There can be elements of transition, I’m fine with that. But it can’t be too long and bind our hands.”

The reality, however, is that the electoral landscape is looking very different to how it looked in January, when May promised the country — and the Euroskeptics within her party — a harder Brexit. “The post-election mathematics means the Government can’t get anything but a soft Brexit through the House of Commons,” said Lord Ashdown, a former leader of the Liberal Democrats.

Power appears to have shifted away from the Brexiteers, but with 20 months and an uncertain transitional period to go, it’s clear that the fight is far from over. 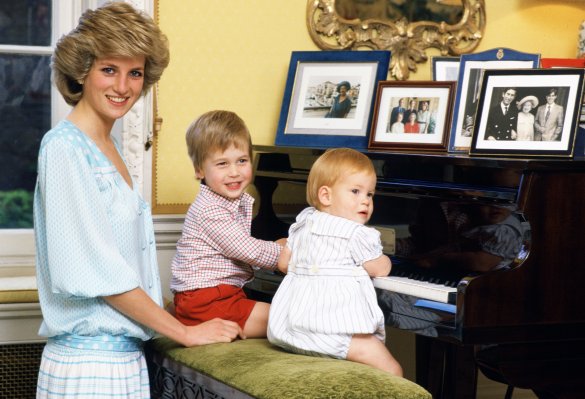