IcemanJ—Getty Images/iStockphoto
Ideas
By Chris Lu
Lu served as the U.S. Deputy Secretary of Labor during the Obama Administration and is a senior fellow at the University of Virginia Miller Center.

It’s been eight years since the federal minimum wage was last raised on July 24, 2009. At the time, the United States was in the depths of the Great Recession, and the major concern for policymakers wasn’t wages but an unemployment rate heading towards 10%.

Over the past eight years, the economy has rebounded with the longest streak of job growth in history. Yet millions of people continue to work for the federal minimum of $7.25 an hour — without a pay raise in sight.

Leadership on the minimum wage won’t come from the White House, given Donald Trump’s conflicting statements on the issue, and Congress is more focused on health care and tax reform. Yet, there is no better time than now to raise the federal minimum wage. Three out of four Americans support an increase; the economy is healthy; and many employers are already raising wages.

When I served as the Deputy Secretary of Labor under President Obama, my office wall displayed a poster issued by the Truman Administration when the minimum wage was increased to 75 cents an hour. As meager as that amount might seem, an employee earning this salary in 1950 had more buying power than someone making $7.25 an hour today.

A full-time job shouldn’t mean a life in poverty. The federal minimum wage amounts to just $15,080 a year for full-time work. That translates into declining living standards, reduced economic mobility and a shrinking middle class. It mires workers and our economy in an impoverishing cycle created by inadequate pay. Far too many workers earning minimum wage turn to government assistance and food pantries to make ends meet.

As the Deputy Secretary of Labor, I saw not only how higher wages lifted up the lives of working-class Americans but also how employers thrived when they paid higher wages.

One of those employers is &pizza, which opened in 2012 and now has 22 locations spread across four states and D.C. The company’s rapid growth is built on much more than great tasting food (although the pizza is delicious). Michael Lastoria, the CEO of &pizza, understands that the company’s most valuable asset is its employees, so he pays a starting wage higher than the minimum wage. At the company’s Virginia locations, for example, new employees earn $10.50 an hour, instead of the state minimum of $7.25.

Lastoria explained his rationale to me last year: “It’s a simple, but critical, concept: take care of your people and they will take care of your customers.” For &pizza, higher wages reduce employee turnover, increase productivity and improve customer service.

All of this has been confirmed by U.S. employers, both large and small. In a 2016 survey conducted by a Republican polling firm, 80% of business executives across the country supported raising their state’s minimum wage.

That’s why businesses — from small and medium-sized operations to major corporations like Ikea, Costco, Facebook and Amalgamated Bank — have taken steps to raise their wages well above the required minimum level. And business owners like Michael Lastoria have joined with groups like Business for a Fair Minimum Wage to advocate for higher federal and state wage floors.

In addition to a more productive workforce, savvy business owners know that their employees, as well as the employees of other businesses, are also potential customers. When low-wage workers get a pay raise, they don’t invest the extra money with financial advisors. They spend it, and that leads to greater consumer demand for goods and services — like pizza.

Democrats have proposed increasing the federal level to $15 an hour as part of their newly released economic platform; it will go nowhere in a Republican-controlled Congress. In the absence of action, 29 states and D.C. have adopted a higher state minimum wage than the federal floor. Plenty of cities have also stepped up. And these increases have occurred even in red states like Alaska, Arizona, Arkansas, Nebraska and South Dakota.

But receiving higher wages shouldn’t depend on the generosity or geography of one’s employer. The national wage floor should be raised to allow working Americans everywhere to make ends meet and, as importantly, to level the playing field for those companies that have stepped up to pay more to their employees.

To be sure, increasing the minimum wage alone won’t solve the broader problems of wage stagnation and income inequality. We need to make greater investments in job training and strengthen labor protections, among other policies. But a higher minimum wage can provide an important lift to the 2.2 million Americans currently earning minimum wage and help tens of millions of other workers who earn a few dollars more than $7.25.

Employers like &pizza are doing their part in creating shared prosperity, as are the many states that have passed higher wage laws in recent years. But they can’t do it alone. There’s no excuse for congressional inaction on the minimum wage. After eight long years of waiting, American workers deserve a raise.

Chris Lu was the Deputy Secretary of Labor and White House Cabinet Secretary during the Obama Administration. He is a senior fellow at the University of Virginia Miller Center and a board member of the American Sustainable Business Council. 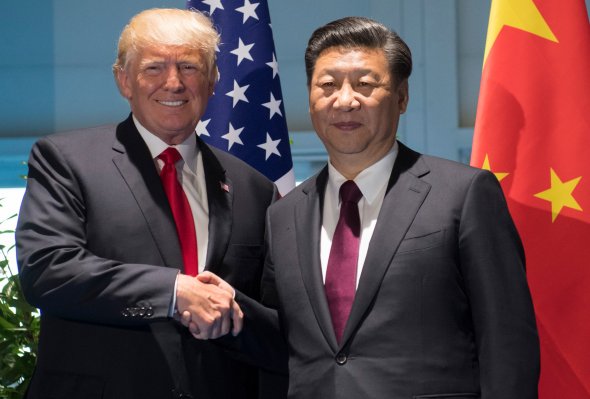 Why Americans Need to Understand Chinese Ways of Thinking
Next Up: Editor's Pick