Gal Gadot became a real-life superhero for one young fan over the weekend at San Diego Comic-Con.

Footage captured at the annual event showed the actress comforting a young girl who met her while wearing a Wonder Woman outfit.

When she became overwhelmed and began to cry, Gadot reached across the table and held her hand.

“There’s no reason to cry, all right?” she says in the video. “Here we are together.”

Gadot’s Justice League costar Ezra Miller also told the young fan, “You’re a warrior! Your ability to cry is what makes you such a warrior. Come join the Justice League whenever you get ready.”

After the touching encounter went viral, a woman who says she’s the little girl’s mother tweeted that her daughter “was so happy to meet [Gadot] that she was tearing up.”

“Gal was so sweet to her,” she added. “Memories of a lifetime!”

Gadot will reprise her role as Diana Prince/Wonder Woman in Justice League, which showed a new trailer at Comic-Con ahead of its Nov. 17 debut. She’s also set to return in the Wonder Woman sequel that was officially announced over the weekend. 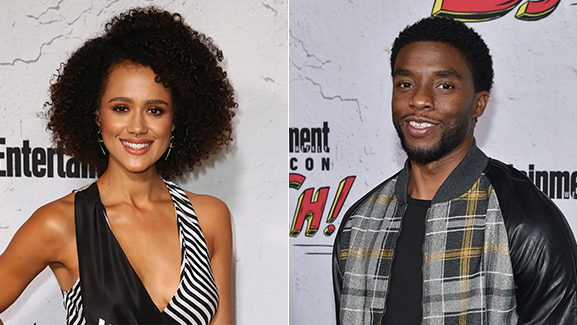 See Stars of Black Panther and Game of Thrones Let Loose at EW Comic-Con Party
Next Up: Editor's Pick