The chairman of the U.S. Joint Chiefs of Staff has publicly acknowledged that North Korea has the ability to launch what he calls a “limited missile attack,” and that American forces are able to defend such a move against the U.S. and its allies in northeastern Asia.

“Kim Jong Un’s regime is tied to nuclear program, and what I can tell the American people today is North Korea is capable of launching a limited missile attack,” Gen. Joe Dunford said Saturday night at the Aspen Security Forum in Aspen, Colo. “The United States military can defend against a limited North Korea attack on Seoul, Japan, and the United States.”

His remarks on the North’s missile capabilities echo those from his deputy last week, reports the Yonhap news agency. Gen. Paul Selva told the Senate Armed Services Committee on July 18 that Pyongyang’s missiles may have the range to hit U.S. targets, if not “any degree of accuracy” .

Read More: How North Korea’s ICBM Test Could Bring Negotiators Back to the Table

With regards to U.S. efforts in getting Pyongyang to stop its nuclear program, Dunford said that it was best to approach the issue through diplomatic and economic means. Without ruling it out, he called a military solution “horrific” and said that “it would be a loss of life unlike any we have experienced in our lifetimes.”

“What is unimaginable to me is allowing a nuclear weapon to land in Denver, Colorado,” he told the audience at Aspen. “My job will be to develop military options to make sure that doesn’t happen.” 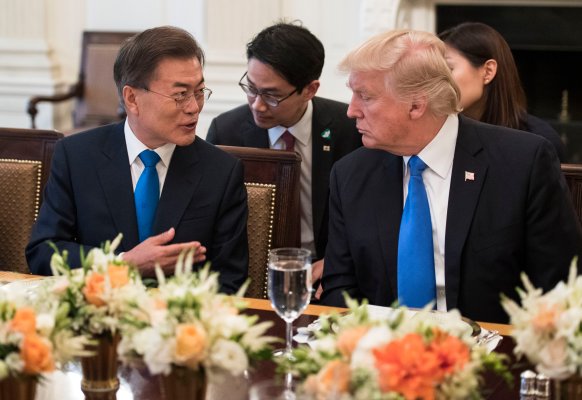