Here's Why Jared Kushner Is Testifying Behind Closed Doors

US Secretary of Commerce Wilbur Ross , US Secretary of the Treasury Steven Mnuchin (2ndL), Senior Advisor Jared Kushner (2ndR) and Chris Adams, US Treasury, take their seats during a US and China comprehensive Economic Dialogue at the US Department of the Treasury July 19, 2017 in Washington, DC.
Brendan Smialowski—AFP/Getty Images
By Jack Brewster

Donald Trump Jr., Jared Kushner, and Paul Manafort have agreed to testify in front of Congress about Donald Trump’s campaign ties to Russia–but only behind closed doors.

The move by President Trump’s son, son-in-law and former campaign manager has drawn criticism from Democrats who say that it is an example of another effort to stymie progress of the Russian probe.

Mark Osler, a law professor at the University of St. Thomas and a former federal prosecutor, says that their requests to testify in private–which were granted as part of an agreement with the Senate and House intelligence committees–are likely because they are going to discuss classified information and want to reduce the publicity surrounding the hearings.

He added that they “also may not want the press attention.”

The committee is expected to grill Kushner, Trump Jr. and Manafort on recently revealed reports they met with a Russian lawyer looking to share dirt on Hillary Clinton during the 2016 campaign, as well any other reported links. Kushner–who is also a senior advisor to President Trump–met with Russian ambassador Sergey I. Kislyak in December 2016 to discuss opening up a secret communications channel between the Trump campaign and Moscow. He also failed to disclose meetings with dozens of foreign government officials when applying for a security clearance.

Kushner is testifying before the Senate committee on Monday and the House intelligence committee on Tuesday. On Monday morning, he released a statement to the House and Senate committees saying he had no other meetings with Russian operatives, other than the four encounters that have already been reported, and denied any collusion or “improper comments.”

Trump Jr. and Manafort have not scheduled a date yet but have agreed to testify to Senate lawmakers privately. After Trump Jr. released emails exposing the details of the encounter with the Russian lawyer two weeks ago, he said in an interview with Sean Hannity that he would testify under oath.

Still, even though their hearings will likely not be under oath or public, if they lied it would still land them in deep water. Senator Chuck Grassley, a Republican, said on Twitter that if they lied during their testimony it would be a “crime.”

And Osler added that though Americans may not like it, the best strategic move is to testify privately.

“I don’t know what any of them would have to gain by an open hearing, quite frankly,” Osler said. “They’re all going to be asked awkward questions. There’s going to be answers where there’s going to be further explanation on what they said. I think they want to not have that be the news cycle that day.” 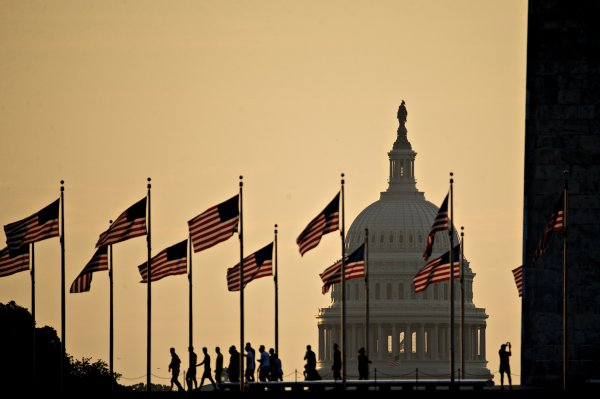 Republicans Bashed This Budget Scorekeeper. Now Every Former Director Is Speaking Up
Next Up: Editor's Pick