During the Westworld panel at San Diego Comic-Con, Evan Rachel Wood who plays Dolores on the show, opined on the powerful character. Dolores initially seemed like the cliched romantic waiting to be rescued, but developed into something else entirely over the course of the HBO show about AI. She apologized for getting emotional when describing her arc on the show.

“I knew I wasn’t going to stay this damsel in distress. I was going to become strong. But I didn’t fully grasp how deep it was going to go,” she said. “I realized that I was sort of at the forefront of this responsibility, and I sort of had a panic attack around the fourth episode because I realized what was on my shoulders.”

MORE: Westworld Will Only Last a ‘Little Longer’ Says Co-Creator

But she soon found that playing an empowered female character was freeing, especially in an industry where she’s asked to play damsels more than heroes.

“As women a lot of time you feel like your wings have been clipped and you’re not being represented the way you want to. And this it felt like someone gave me f—ing condor wings, and I just got to take off,” she concluded. 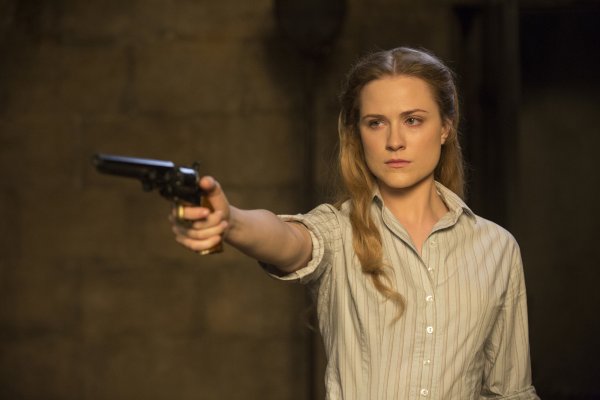 Westworld Will Only Last a 'Little Longer' Says Co-Creator
Next Up: Editor's Pick