Newly appointed communications director Anthony Scaramucci tweeted Saturday that he would be deleting some of his old tweets.

While he didn’t specify what old tweets he would be deleting or which past views he has changed his opinions on, Scaramucci seemed to be referring to past tweets that weren’t supportive of President Donald Trump.

One of his deleted tweets referred to the Trump campaign as a “spectacle,” another praised former Trump opponent Hillary Clinton, calling her “incredibly competent,” while another voiced Scaramucci’s support of “strong gun control laws,” according to The Hill.

The Hill also reported that Scaramucci apologized for some of his old tweets Friday, which he said Trump does not let him forget about.

“He brings it up every 15 seconds, OK? One of the biggest mistakes I made, because I was an inexperienced person in the world of politics,” Scaramucci said, according to The Hill.

As of Saturday afternoon, Scaramucci had about 16,000 tweets on his account, so he’ll have a lot to go through.

The entrepreneur was appointed as communications director by Trump on Friday, a decision that led to former White House Press Secretary Sean Spicer’s resignation that same day. 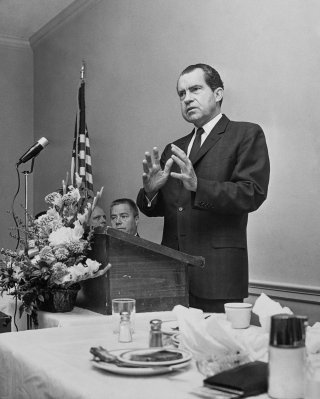 Five Times a President Issued a Controversial Pardon
Next Up: Editor's Pick