Ant-Man/Scott Lang (Paul Rudd) with one of his crazy ants.
Marvel Studios
By Eliana Dockterman

Marvel kicked off its panel at San Diego Comic-Con with a video of Paul Rudd and Michael Pena from next summer’s upcoming Ant-Man and the Wasp. The duo explained the entire Marvel universe to Michelle Pfeiffer, who is going to join the film as Janet Van Dyne.

After they get their way through explaining all the Avengers — from Iron Man to Thor —Pfeiffer replies. “Sounds like a sausage fest.”

“It is,” replies Evangeline Lilly, who plays the Wasp — the first female superhero movie in the Marvel Cinematic Universe to get her name in the title of a film. “I’m so glad you’re here.”

“I wanted to ask you,” Pfeiffer says. “When I played Catwoman they didn’t leave a place for me to go to the bathroom in the costume.”

Kevin Feige, the head of Marvel Studio, went on to announce that Laurence Fishburne would also join the movie as Dr. Bill Foster. Randall Park will also star as Jimmy Woo and Walton Goggins will play the villain. The movie is due out July 6. 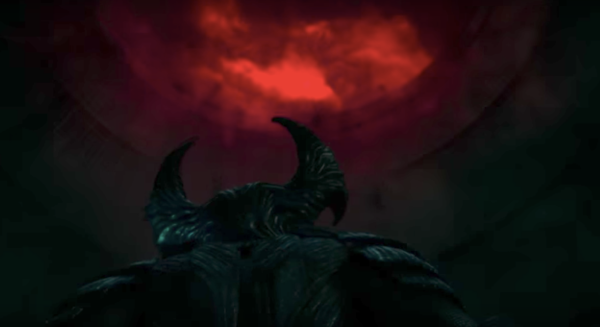 What to Know About Justice League Villain Steppenwolf
Next Up: Editor's Pick