Kensington Palace released new photo of Prince George on Friday in anticipation of his birthday on July 22. The photograph was taken at Kensington Palace in June, according to ABC News. Getty Images’ royal photographer Chris Jackson snapped the cute picture.

“The Duke and Duchess are very pleased to share this lovely picture as they celebrate Prince George’s fourth birthday, and would like to thank everyone for all of the kind messages they have received,” Kensington Palace said in a statement accompanying the portrait, ABC News reports.

The Prince, who is third in line for the throne, is slated to celebrate his birthday on Saturday in the United Kingdom, according to the AP. In recent days, Prince George has been on a royal tour of Germany and Poland with his family.

Prince George’s younger sister, Princess Charlotte, stole the spotlight earlier this week on the tarmac at Berlin Tegel Airport as the royal family arrived in Germany. 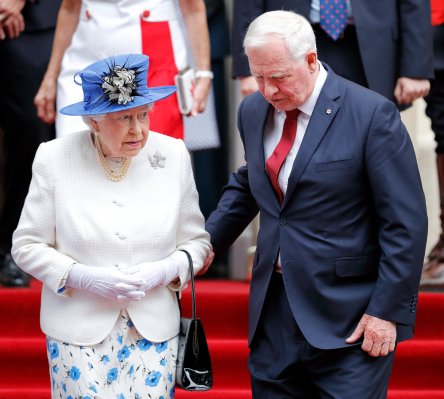