The first episode of the seventh season of Game of Thrones left fans worried about Sansa and Jon’s relationship. As Littlefinger tries to get between the Stark siblings, it’s unclear whether Sansa will side with the manipulative man who is courting her or her (alleged) half-brother.

“Initially there was definitely manipulation on Littlefinger’s part. But as Sansa has grown and has been manipulated by these people, she has been silently absorbing and learning and adapting. In my opinion, she’s just as good at playing the game as he is at this point,” she said, to cheers from the audience.

She later elaborated on how Sansa has changed over the seasons.

“In terms of seeing men in a different light, I think she sees the world in a different light. She’s woke now guys, she’s really woke,” she said. “She’s cautious, she trusts no one, man or woman, family member or not. That’s important when you play the game of thrones.” 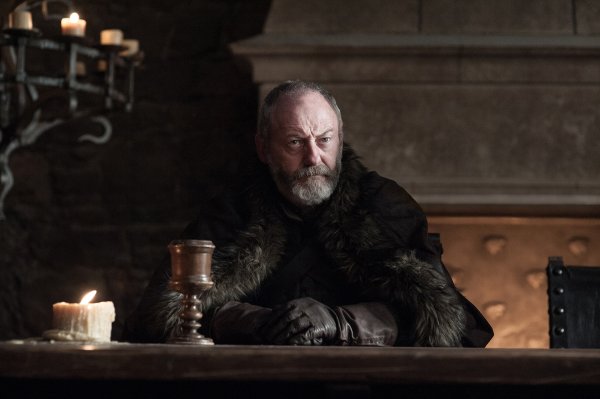 Liam Cunningham on What Davos Would Do If He Saw Melisandre Again on Game of Thrones
Next Up: Editor's Pick