In Trump's Reality TV Presidency, Sean Spicer Was the Goat

If former Apprentice star Donald Trump’s presidency can more or less be understood through the clichés of reality TV, Sean Spicer was the classic “goat.”

That is to say, if Spicer—who resigned his post as White House press secretary July 21—were on Survivor or Big Brother, he’d be the sort of contestant whose presence in the competition is good news for everyone else. If you’re a reality-TV contestant, you want to bring a goat as deep into the game as you can before cutting them loose. Unschooled in strategy, they’ll vote how you tell them, and they’re always an easy boot. Simple ineptitude is too quotidian for the goat. Such players seem, in part due to savvy editing, to be almost confused as to the rules of the game.

When he spoke on camera, Spicer did so live. So he can’t blame the editors. But the format—early in Trump’s presidency, a daily briefing that came to be must-watch TV for a certain type of news consumer—was certainly not his friend. As a character in the daily Trumpland drama, Spicer managed to make banality stand out. In suits that seemed to grip his body like a vise and with his flushing face, the press liaison rose to levels of dudgeon over petty offenses. As a TV figure, he radiated a sort of anti-charisma that gave watching him, for his detractors, a nasty, vicarious thrill. In contrast to the zenned-out sangfroid of administration figures like Kellyanne Conway and Ivanka Trump, Spicer seemed to pulsate off the screen. It was electric, strange, and very watchable. Precisely the things that candidate Trump had been.

But the cover act was being carried out by someone with specific job requirements, ones that seemed not to be met. Those in the briefing room with him did not seem to particularly enjoy the experience. Spicer’s very early argument with the press corps over the size of Trump’s inauguration audience didn’t just set a tone, it was a battering-ram. Other press secretaries cajole or trade favors, but this one, seemingly unprepared to bridge his past work experience at more traditional political gigs with a new boss’s very particular demands, convinced himself that brute force would win the game. When it didn’t, Spicer lacked the flexibility to find a new strategy, heightening a beleaguered rage-whine that had already failed to find a sympathetic ear in the mainstream media.

It’s easy to read Spicer’s performance, and now his departure, as another black eye for a presidency that’s lost substantial ground in public-opinion polling. (Certainly Melissa McCarthy’s bravura impression of Spicer on Saturday Night Live stuck in many viewers’ memories.) And yet his lack of acuity during the first six months of a presidency with very ambitious goals for reshaping America was addressed in varying ways—including by taking the briefings off-air entirely. That result would seem to neatly coincide with what would be the goals of a presidency dedicated to operating in secrecy.

The ultimate purpose of a reality TV goat, after all, is to advance the goals of those players who know what they’re doing. 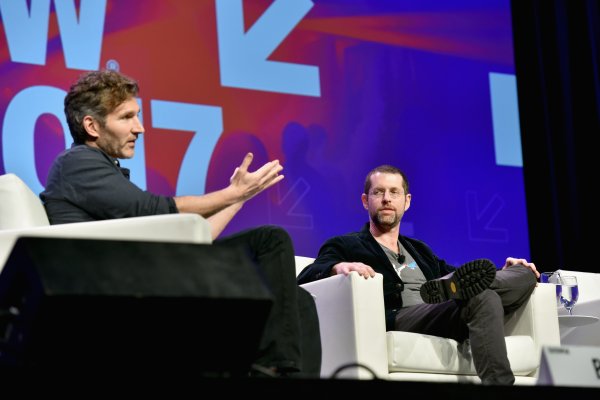 ‘This Is Scary for All of Us.’ Game of Thrones Creators Defend New HBO Show About Slavery Amid Backlash
Next Up: Editor's Pick